Skip to content
Posted inUncategorized
Posted by By PYGOD June 30, 2013No Comments 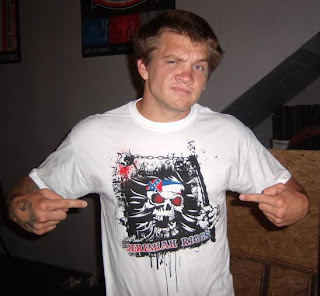 Jeremiah Riggs aka Big Rig is a MMA fighter, a pro wrestler, and more importantly a reality TV star.   His greatest claim to fame was to be in MTV’s Daisy Of Love in 2009, rebaptized Big Rig there.  He also appeared in MMA/UFC’s rookie reality show The Ultimate Fighter in 2007.  And on WWE pro wrestling training show Tough Enough in 2011 were he was nicknamed MMA.

As a pro wrestler, he didn’t goes that far.  After his WWE Tough Enough participation, he was relegated to WWE developmental territory FCW (Florida Championship Wrestling) for a tryout but was released immediately due to his very bad attitude. 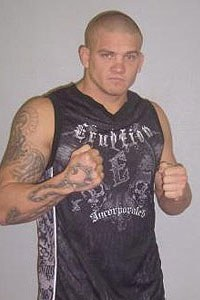 ﻿The other MMA fighter of Daisy Of Love Aric “Cage” Nelson
I would have really enjoy seeing Cage getting his ass kicked by Big Rig.  Cage was such a fuckin’ drunk short-fused bully!﻿ Big Rig at his best.