Skip to content
Posted inUncategorized
Posted by By PYGOD November 4, 2013No Comments Former WWE champion and UFC champion Brock Lesnar  announced that he have the intention to move to Saskatchewan, Canada and buy a farm there.  He wants to raise his kids on a farm to teach them the value of hard work.  Just like his father did to himself.  Brock Lesnar intends to get dual Canadian and American citizenship but live full-time in Saskatchewan.

“I eventually want to become a Saskatchewan resident and … I just want to
learn a little more about the province,” Brock Lesnar said.

“I grew up on a farm. I love the country. I like the wildlife. I like
everything that Saskatchewan has to offer.”

Even after the January 2010 episode, when he criticized Canadian health care as being no better than in “a
Third World country.”  He fell ill during a Manitoba’s hunting trip. But unfortunately for him, the hospital’s lone CT machine was broken, meaning doctors were unable to find
out what was causing his stomach pain (diverticulitis).  Ouups!

“It could have happened anywhere.”  That’s what Brock Lesnar now says about the incident. 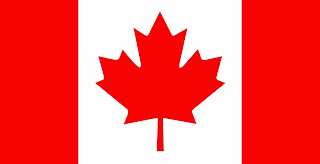 I’m even prouder to be a Canadian!