Here it is with all the storylines details. 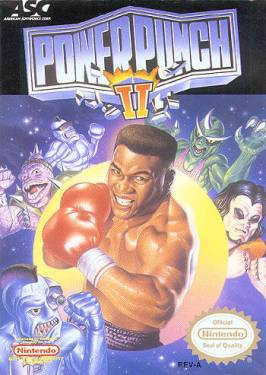 Mark "Tough Guy" Tyler is the undefeated heavyweight champion of the world, with an Olympic gold medal and a 33-0 (30 KO) record to his claim. After knocking out another opponent with ease, Tyler and his manager taunt the world by saying that no one can stop him. However, the broadcast is picked up far from Earth in the outer reaches of the universe by an alien boxing promoter for the Intergalactic Boxing Federation (IGBF). The promoter decides to accept Tyler’s challenge that he can beat “anyone”. Thus Tyler is brought into the throes of the universe to compete against the best boxers in the universe and defend his earthly title. 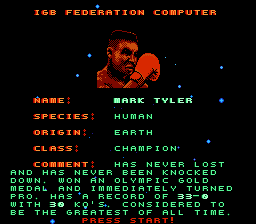