To finally answer the eternal question: “Who would win between Muhammad Ali (boxer), Bruce Lee (martial artist) or Bruno Sammartino (wrestler)?”   The first Toughguy championship would take place March 20, 1980 in New Kensington, PA. The company organized a league of events and promoted over 10 competitions across Pennsylvania under the banner of “Battle of the Brawlers,” “Battle of the Tough Guys,” “Tough Guy Contests” and “Battle of the Superfighters” throughout 1980.

Based in Pittsburg, Philadelphia, USA;  CV Productions Inc. introduced MMA to America by becoming the first modern MMA fight league in the United States from 1979 to 1983.

"It was the birth of what many are calling a new sport" "A sport that blends elements of boxing, wrestling, and brawling." 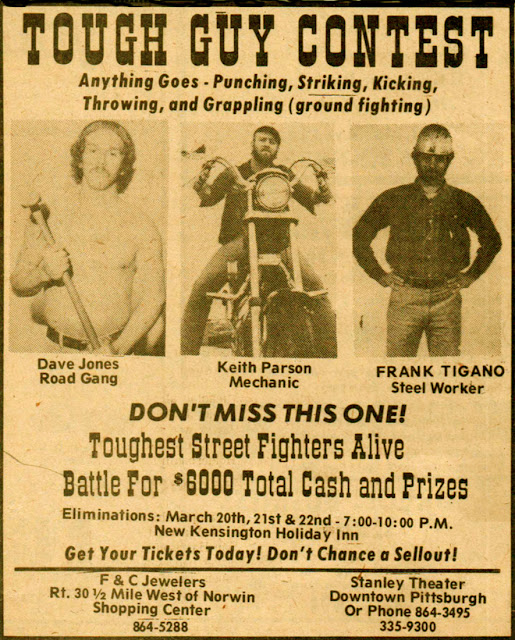 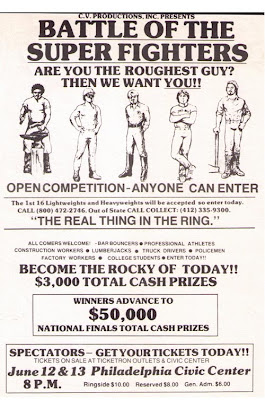 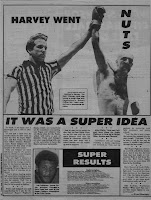 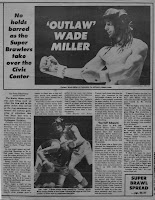