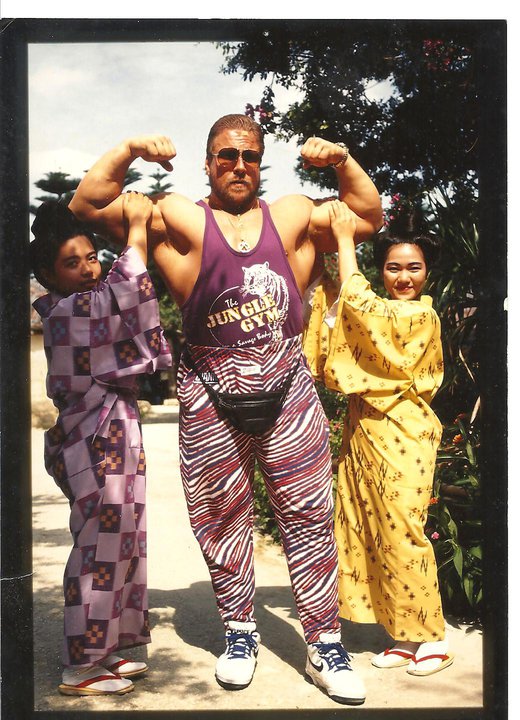 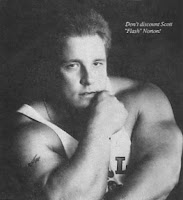 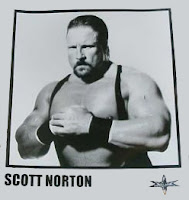 He was one of the absolute best armwrestlers in the mid ' 80s and had 3 wins against a young John Brzenk (the best arm-wrestler of all time), and wins over a prime Cleve Dean (a 6'7", 465 lbs hog farmer, former world's #1 wrist wrestler, arm wrestling legend, and 2-time World's Strongest Man competitor) among others.

His best year in armwrestling was in 1986 when Scott Norton was ex-aequo with Cleve Dean as the number one ranked right handed unlimited weight armwrestler in the world.  He won over 30 championships during his days as an arm wrestler, including 10 Mid-Western titles, 10 Minnesota championships, and 4 U.S. National championships.  Has won tournaments with both his left and right arms.  He was nicknamed "Flash" because he bested his opponents very quickly.
﻿﻿﻿﻿﻿﻿
His status in the arm wrestling world earned him a role in Sylvester Stallone's arm wrestling movie, Over the Top.  Scott Norton won the Super Heavyweight Arm Wrestling championship in Las Vegas, Nevada in 1986. (This tournament served as the competition backdrop for the Sylvester Stallone movie “Over the Top”.) 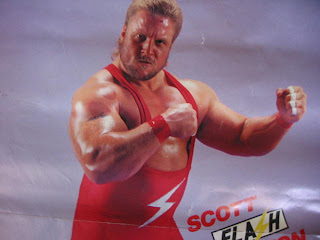 While touring the arm wrestling circuit in Japan, Norton was approached by New Japan Pro Wrestling about becoming a professional wrestler, but he turned it down initially.  But later, he discovered that there is much more money to be made in pro wrestling for a powerhouse like him than there is in wrist wrestling.  He made his in-ring pro debut on April 15, 1989.  The 6'3", 360 pounds, 650 lbs Bench Press bulky strongman was one of the toughest and most feared wrestlers around. 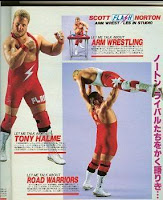 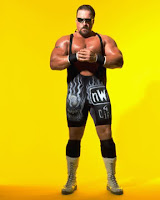 And I don't think Scott Norton was ever seen participating in those fake, stupid, and pointless armwrestling matches that you see in pro wrestling. Nonetheless, in 1989, he challenged then World Champions Hulk Hogan, Ric Flair and Larry Zbyszko to an TV arm wrestling match. If anyone beat him, he would pay them (kayfabe) $1,000,000. Nothing became of the challenge, since he would have defeat all three in a "flash".

﻿BENCH PRESS of the SUPERSTARS