Edge & Christian are the guest GM.

Roman Reigns vs. Seth Rollins (w/ J&J Security)
With Big Show on the TV commentators table, I can smell trouble for Roman Reigns… Big Show licking Rollins’s ass at the commentator table. Repeating that Seth Rollins is th e future of WWE and that Roman Reigns gonna tap out to an headlock, blablabla, shit… It wasn’t to predict the finish of the match. Roman Reigns wins by disqualification when Big Show attacks him.


Daniel Bryan is in da house! An inspired and sincere speech about his career-ending neck injurie… And that in 2015, he is back and ready to compete and will be back at the Royal Rumble match. YES! YES! YES!


Miz & Mizdow vs. The Ascension
The Ascension squashes Mizdow in about 2 minutes. The crowd didn’t has any reaction but personally, I like this kind of team.


The Cutting Edge Peep Show animated by Edge & Christian. Seth Rollins is the guest for a New Year toast with The Big Show?!? Then Rollins menacing to break Edge’s neck if John Cena didn’t reinstate The Authority back to power. What an annoying asshole Seth Rollins is… Too long boring shit!! Stupid brown nose Cena brings back The Authority.


Finally, Brock Lesnar, Paul Heyman and THE AUTHORITY are joining the heels for the New Year toast! 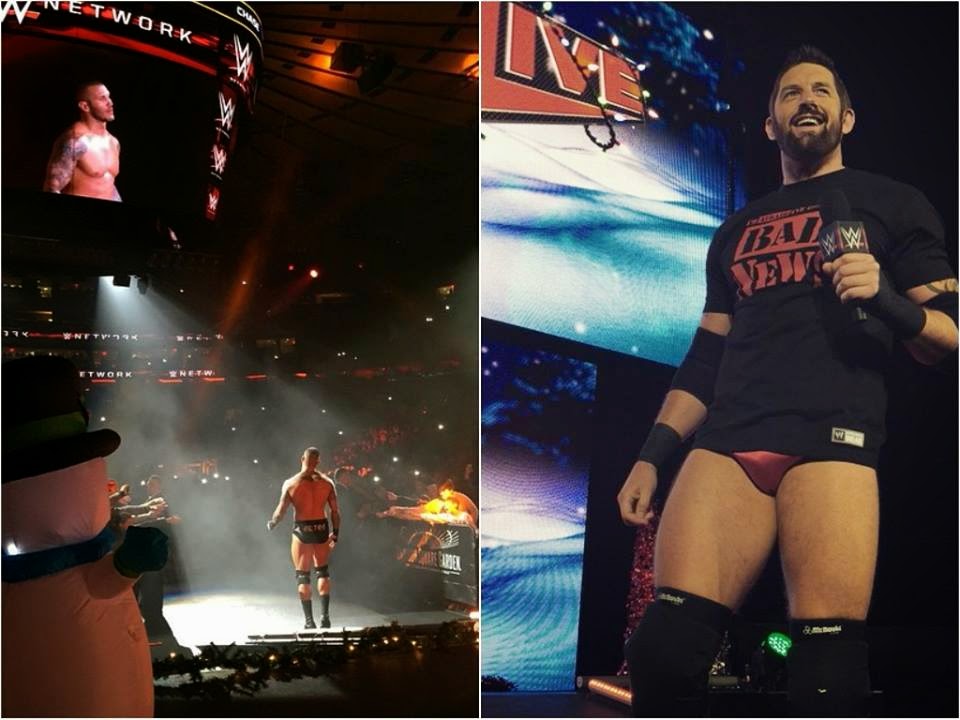 Nowhere to be seen!