Skip to content
Posted inUncategorized
Posted by By PYGOD March 25, 2014No Comments 
Stephanie McMahon condescending in-ring speech… Interrupt by WWE champ Randy Orton… Interrupt by Batista… Deal with it!.. Stephanie slaps Batista after he become a little bit too much personnal… Then Batista spears the jerk Randy Orton. By the way, Batista ripped off his pants while spearing Randy Orton. Lol 🙂

Sin Cara (accompagnied by Scooby-Doo!) vs. Damien Sandow
I’m pretty sure Scooby-Doo! will win. You just can’t lose with Scooby-Doo! at your side. Indeed, Sin Cara wins! A very fast win!


Los Matadores vs. Ryback & Curtis Axel
Los Matadores wins the match when Curtis Axel is distracted by the presence of The Shield outside.  The Shield wants retribution for the last week ambush they got caught in.  After the match The Shield kicks the ass of Axel and Ryback. Ryback is on the receiving end of a spear and a triple powerbomb.


COO Triple H live interview with Michael Cole about the last week beating on a defenseless, handcuffed Daniel Bryan.  Triple H says that it is the debut of the reality era where he gonna leave WrestleMania 30 as the WWE World Heavyweight Champion. I thought he was about to kick the shit out of Michael Cole but he didn’t.

The host of WrestleMania Hulk Hogan (main eventing 9 WrestleMania), Arnold Schwarzenegger and Joe Mangianello from the movie Sabotage.  Arnold and Joe wants to be in the Andre The Giant WrestleMania Battle Royal (kayfabe). The Miz interrupts them.
Unbelievable The Miz headlined WrestleMania 27 defeating John Cena.  And now The Miz is kicked out of the ring by two fake tough guys and an hundred years old Hulk Hogan. Deal with it! Arnold throws one of the clumsiest punches I’ve ever see.


The Big Show vs. Titus O’Neil
I don’t think Titus O’Neil will survive for too long! Oups! I was wrong, Titus makes some good offense. However Big Show KO’s him.


The Shield confronting The Authority about the beating they suffered at the hands of Corporate Kane and his acolytes last week on Smackdown.

Cena seeing sheep mask in the mirror while preparing for his match vs. Luke Harper.


John Cena vs. Luke Harper
John Cena wins by disqualification (I presume) when, after the lights goes out, Cena’s arms are caught between the two bottom ring ropes while wearing a sheep mask with the wacko Wyatts around him. The crowd seems to appreciate the storyline “This is awesome!” chants.

Luke harper may looks like shit but he is pretty good and agile for such a big man.

Divas Champion AJ Lee vs. Naomi
AJ Lee have no time to lose fighting Naomi. AJ leaves the ring with her title to be counted out. But…Vickie “The Cunt” Guerrero came out with the mike saying that AJ Lee will be apart of the Vickie Guerrero Invitational match against more than ten other divas including her bodyguard Tamina. Oups! That smells bad for AJ. Since she is the only diva worthy of wearing the title I wish she will find a way to escape with her title at WrestleMania!?! 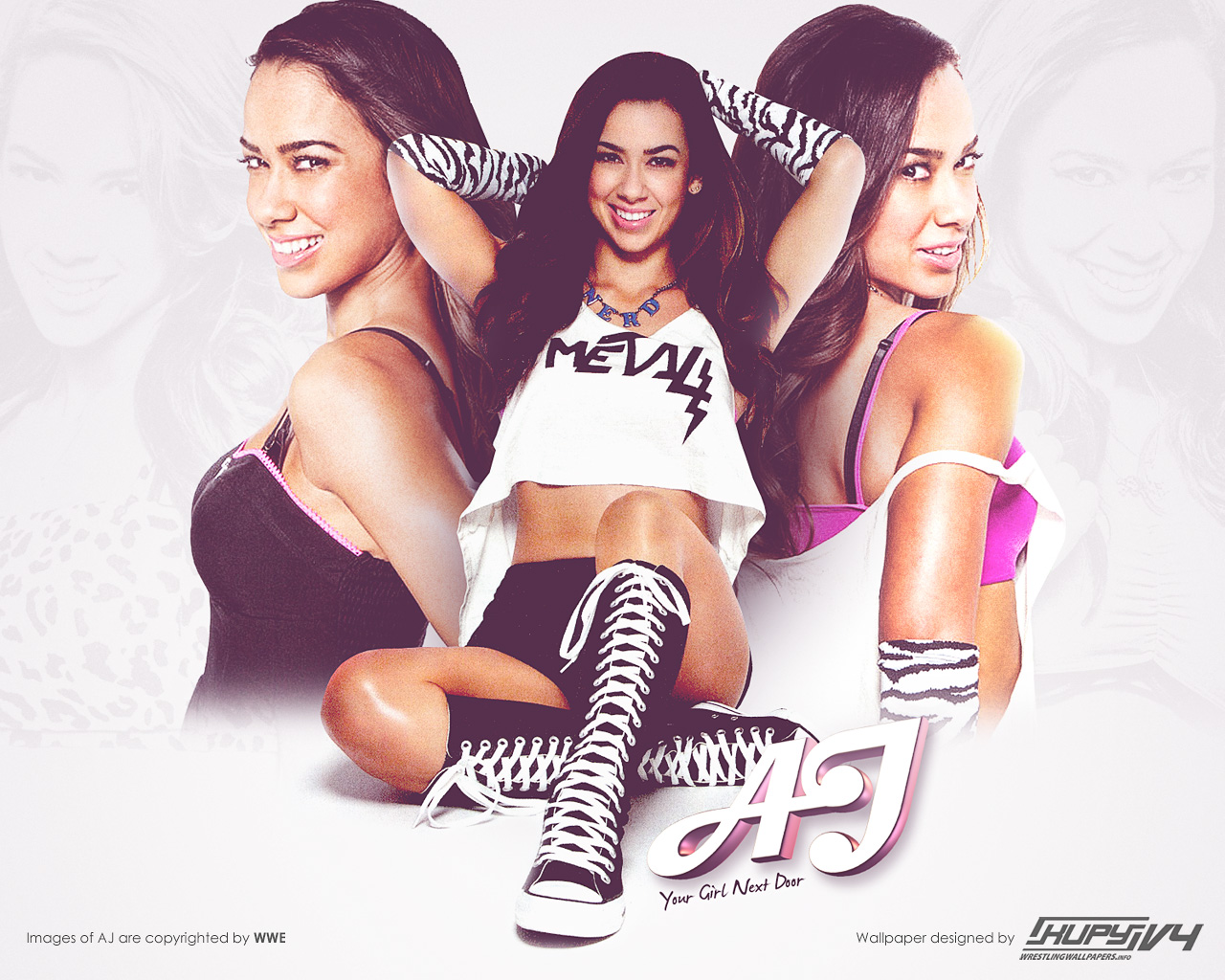 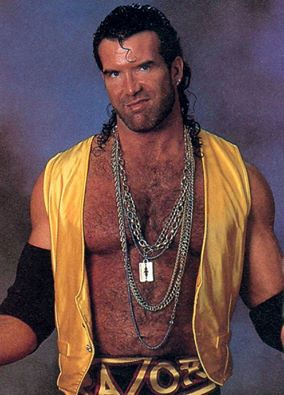 The Shield vs. The Real Americans
The Shield wins and triple power bombs Cesaro through the commentator table.
Corporate Kane came out with the New Age Outlaws, all dressed as corporate kiss ass. It will be The Shield vs. The Suits at WrestleMania 30.

Brock Lesnar and The Undertaker confrontation
Brock Lesnar with Paul Heyman in-ring blah blah blah
Some druids, gregorian chants, and an empty casket… After 10 minutes of it, the Undertaker finally arise from the casket, climb to the ring, and kicks the scared Lesnar out of the ring.
Stupid crap since in a real fight, former UFC champion Brock Lesnar would destroy amateur shootfighter The Oldertaker in a matter of seconds. 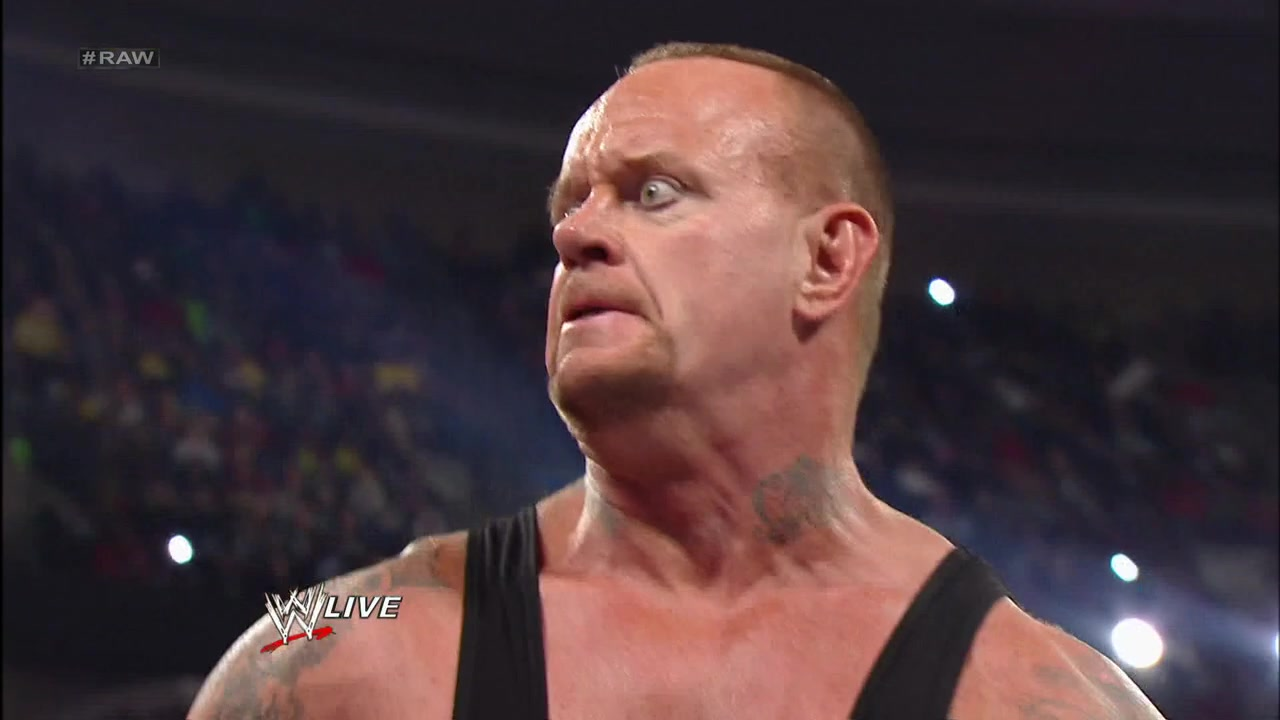 Brock Lesnar & The Undertaker were geeks…
Can you believe it?