Skip to content
Posted inUncategorized
Posted by By PYGOD June 25, 2014No Comments Jimmy Uso w/ Jay Uso vs. Luke Harper w/ Erick Rowan
With some horrible entrance’s music, I even thought that Damien Sandow was about to come. But it was Bray Wyatt’s lackeys. Nonetheless, Harper destroys Uso in a short time.

Jay Uso challenges Erick Rowan for a match.
Jay Uso vs. Erick Rowan
Uso defeats Rowan… However, the Wyatts destroys both Usos after the match… Bray Wyatt speech on the giant screen.

Lana and Rusev pre-taped monologue in front of the White House at Washington D.C.


Alicia Fox vs. Naomi
Naomi wins… Paige shows off her Divas belt… The Divas division is so crappy since AJ Lee is gone. 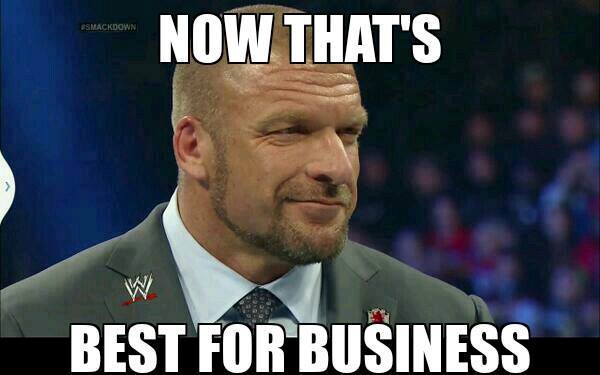 Seth Rollins vs. Rob Van Dam
Rollins is about to defeat RVD when basket case Dean Ambrose runs in to attack Rollins.
Dean Ambrose says that no matter what he will come and scews up the MITB this Sunday.