Skip to content
Posted inUncategorized
Posted by By PYGOD October 27, 2013No Comments 
Pre-show:
Damian Sandow won!?!
Damian Sandow defeated Kofi Kingston.  Don’t try to make me believe that this clown can cash his Money In The Bank and become the World Champion.  No way!!

Tag Team Championship:
Tag Team Champions Goldust & Cody Rhodes vs. the fuckin’ Usos that I can’t stand vs. and my faaaavorite The Shield.
Cody Rhodes & Goldust retains their titles.  A damn good match with a couple of “holy shit” / “this is awesome” moments.

The Miz challenges Bray Wyatts.  Instead he got Bray Wyatts speaking intelligible crap on the giant screen.  And his two giant hillbilly disciples to do the job.  Til the Big Red Machine Kane returned and cleared the ring of these two monsters.  Then Kane chokeslams The Miz.


U.S. champion Dean Ambrose vs. Big E. Langston
Dean Ambrose got himself intentionally counted out to keep his title.  Langston is very agile for such a big man.

Hell in a Cell Handicap Match: CM Punk vs. Ryback & Paul Heyman
Seeing the fat rat Paul Heyman gettin’ his ass kicked is always a pleasure.  Walrus Heyman tried to save his fat ass by staying dozens of feet above the ring on top of the cell.

CM Punk defeated Ryback in the Cell and kendo sticked the shit out of Paul Heyman on top of the cage.  It was excellent!


World Champion Alberto Del Rio vs. John Cena
Returning from a tricep injurie and surgerie, John Cena defeat ADR to become World Heavyweight Champion.  Excellent match, John Cena was in excellent shape as usual.  He is truly the franchise player of the WWE.  No crappy Damian Sandow to mess the show. 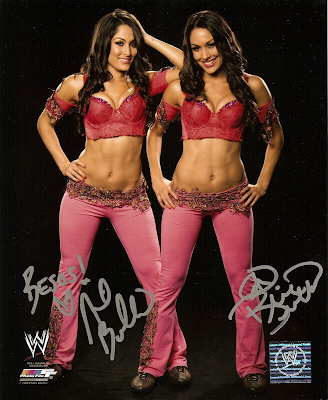 Hell in a Cell match for the vacant WWE Championship: Randy Orton vs. Daniel Bryan with Shawn Michaels as the special guest referee
Randy Orton won the WWE championship by defeating Daniel Bryan thankx to an ill-conceived mess-up between Triple H and Shawn Michaels.  Shawn Michaels was doing a fair job as a referee til his best friend and COO Triple H came to ringside critizing his work and distracting him…  The rest is just an ill-conceived, miscoordinated mess!!!

I was rooting for Orton but the scenario was so messed-up that I’ve got no reaction to his victory.

The event was very very good and very entertaining.  The match between Orton and Bryan was excellent til Triple H messed thing up.  The ending “drama” was a complete , hard to believe, failure.