Skip to content
Posted inUncategorized
Posted by By PYGOD April 26, 2013No Comments

Born February 8, 1972, Paul Wight started his pro wrestling career in WCW in 1995.  His name was “The Giant” and he was billed as Andre the Giant’s son.  At 23 years old, he became WCW World Heavyweight Champion at HIS FIRST EVER MATCH defeating Hulk Hogan by disqualification at 1995 Halloween Havoc.

﻿
Was billed as 7’4″, 435 lbs at the beginning of his career, then ended his WCW career in 1999 billed as 7’4″, 510 pounds.
Goes to the WWF/WWE at 1999 to 2007, initially wrestles under his real name Paul Wight then rebaptized as The Big Show.  In his initial WWE run, he was billed as 7’2″, 500 pounds.
Fattened to 549 pounds, retired from wrestling to train as a boxer.  Dropped 108 pounds of fat, then returned to WWE to fight and losing to the 159-pound boxing marvel Floyd Mayweather at Wrestlemania XXIV in a surreal Boxer vs Wrestler match.  He was billed at his legitimate weight of 441 pounds.

Was often billed as 485 pounds during his WWE tenure.
Currently The Big Show is announced as being over 7 feet tall and weighing 441 pounds. 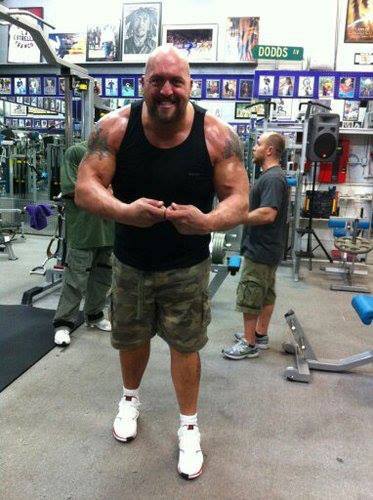 The More You Eat The Fatter You Get