Skip to content
Posted inUncategorized
Posted by By PYGOD August 17, 2014No Comments

﻿
Barry Bonds is The Greatest Home Run Hitter of all time

No matter what. Steroids or not! Anyway, the majority of Major League Baseball (MLB) players are probably on one or many Performance Enhancing Drugs (PED).

Why Barry Bonds SHOULD BE in the Hall Of Fame?

People wants to see home runs and superhuman athletes. So what is your fuckin’ problems?  These athletes earns millions of dollars and are worshipped like gods to perform. What are you thinking of??? Yes, these god-like larger-than-life athletes will do whatever the fuck they can or can’t to keep their multi-million dollars contracts. Would you?

Unfortunately, whether you like it or not, steroids and other drugs are here to stay. In my view, drugs testing and wellness policies are pure bullshit created to shut the fuck up of the moral majority. Doped sportmen and athletes will ALWAYS find a way to fuck up the system.

The butt-fucking U.S. Senate should have better things to do than Baseball doping, the Nipplegate, the PMRC (Parents Music Ressource Center) and destroying the early UFC…

The following article is priceless. Since, finally, we get to know the exact dope stack of Barry Bonds. 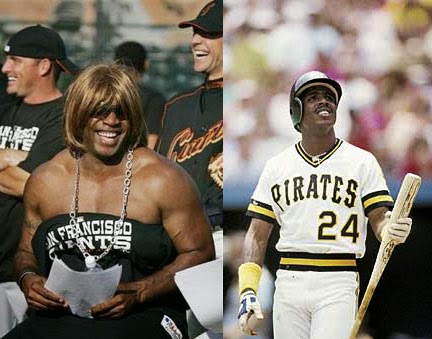 In their book Game of Shadows, Mark
Fainaru-Wasa and Lance Williams allege that Barry Bonds used a number of
different steroids in his pursuit of the all-time homerun record, ranging from
common steroids used by many bodybuilders to designer steroids specially created
for Bonds to be undetectable in tests. Bonds was indicted on five felony charges
in November 2007. These charges, the result of a four-year federal
investigation, include perjury and obstruction of justice. The indictment says
the government can prove that blood seized in a 2003 raid of the Bay Area
Laboratory Co-Operative and tested positive for steroids belonged to Bonds.

Winstrol (Stanozolol)
Following the 1998 season, Winstrol was the first steroid
Bonds allegedly used. It is popular with bodybuilders, but Bonds felt inflexible
and had trouble with shoulder tendons while on the drug. It is best known to
have been used by disgraced Canadian sprinter Ben
Johnson.

Deca-Durabolin
Also popular with bodybuilders, Bonds reportedly used the drug
in injection form. It is often used to treat anemia.
Human Growth Hormone (HGH)
According to Game of Shadows, Bonds
used HGH, an undetectable steroid, as a cocktail with a number of other
performance-enhancers. HGH is known to strengthen joints and tissue, and allowed
Bonds to maintain muscle without any heavy lifting during the season.
The Cream
A testosterone-based substance reportedly given to Bonds by
Victor Conte, founder of the Bay Area Lab Co-Operative (BALCO).
The Clear (Norbolethone or THG)
Also reportedly supplied by Conte, the Clear was used by many
of the world’s top Olympic sprinters, including former 100-meter world
record-holder Tim Montgomery. The drug was developed for
medical reasons during the 1960’s but never mass produced because of safety
concerns.
Insulin
Known to increase the effectiveness of using HGH
Andriol
Also known as “Mexican beans,” these steriods take effect and
leave the user’s body quickly.
Trenbolone
Steroid normally used to improve the muscle quality of beef
cattle.
Clomid
Bonds allegedly used this drug, prescribed to women for
infertility, to regain the ability to produce natural testosterone. Bonds often
ignored his trainer’s advice to take time off between cycles to allow this
process to occur naturally.

Source: Game of
Shadows by Mark Fainaru-Wasa and Lance Williams 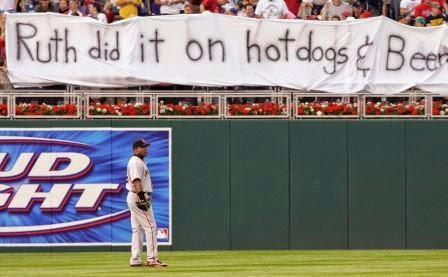 Yes, for sure!
However some said that a modern-day Babe Ruth would have been worse than Barry Bonds?!? source 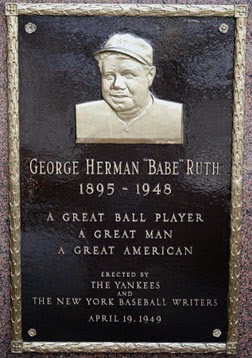 Welcome to the dope show.

Barry Bonds is not the only one…

Why Barry Bonds SHOULD BE in the Hall Of Fame? Part 2

Because almost everybody is doing it! 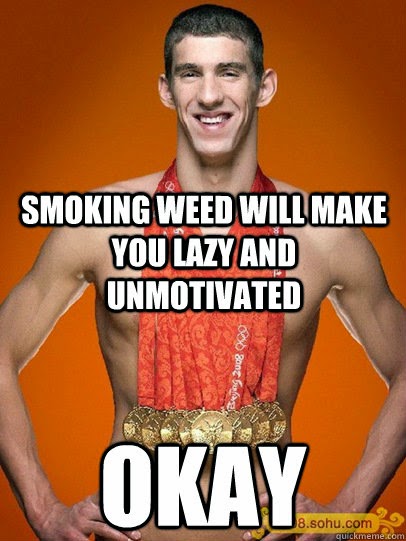 Testing athletes for weed!?! WTF? Are you stupid or what? There is nothing enhancing about weed!?! Weed is more dumbing than enhancing! Why not testing for alcohol and cigarettes by the way?

There is so much supplements and drugs available on the market! Where will you draw the line?

Whether you like it or not, recreational and enhancement drugs are here to stay. And there will forever be a way to “cheat” and fuck up the system. After all, rules are made to be broke!

Drugs testing and wellness policies are pure bullshit! Just crap to feed the moral majority and mindless sheep brainwashed by the media. Maybe it make them feel better about themselves to think that the sports they love to watch on TV is clean and drug-free?!? lol. Actually, it’s not of their fuckin’ business!  Full grown adult people should be able to do whatever the fuck they want! And that’s include your favorite athletes. 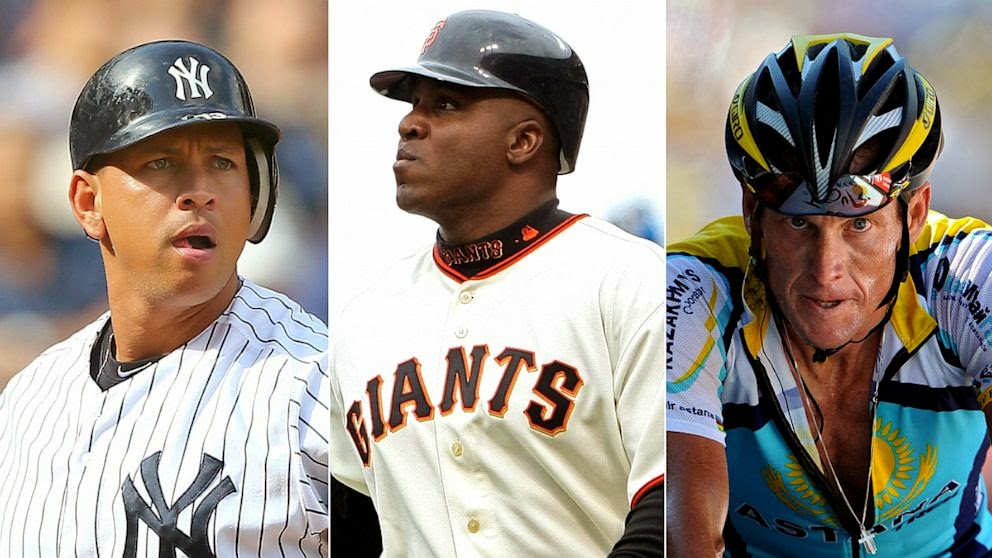 Still the best no matter what.


For all of you stupid asses and all those shithead know-it-all sports reporters out there. Stop crying about hockey headshots, concussions, violence in sports, and steroids because it’s the “right” thing to do. Stop blindly follow the herd and stop being politically correct and make up your own mind and dare to be different. Stop thinking alike and think for yourself! 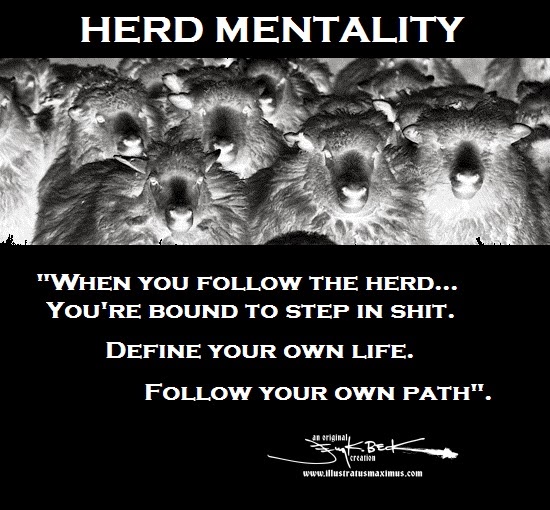 Why throwing your heroes ‘s legacy down the toilet because they got caught?!!? Unless your fuckin’ head is shoved up your ass. You all know that the 15th best at the Tour de France cycling is probably as much of a “dope fiend” as Lance Armstrong is. So why are you crucifying him?? 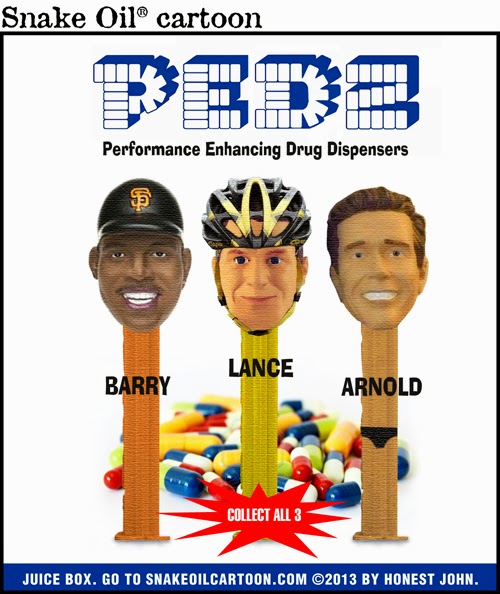 Would you do the same if your next multi-million dollar contract and your superstar status depends entirely on your performances? 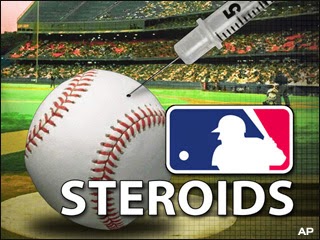 P.S. (Don’t point your finger on me. I’m neither a roid head, a pot head or a drug addict. I’m more of a straight edge kind of people. I’m very proud to say that I don’t drink, I don’t smoke,  I don’t do drugs, and I don’t do steroids.

When it come to training. I’m an old-school kind of guy who think that all steroids and supplements are worthless shit and crunches for the weaks.

I do not advocate or condone steroids use and/or abuse. I’m just a free thinker who think that any adult person should do whatever he wants as long as he doesn’t bother other people. That’s who I am.)