Skip to content
Posted inUncategorized
Posted by By PYGOD May 28, 2013No Comments 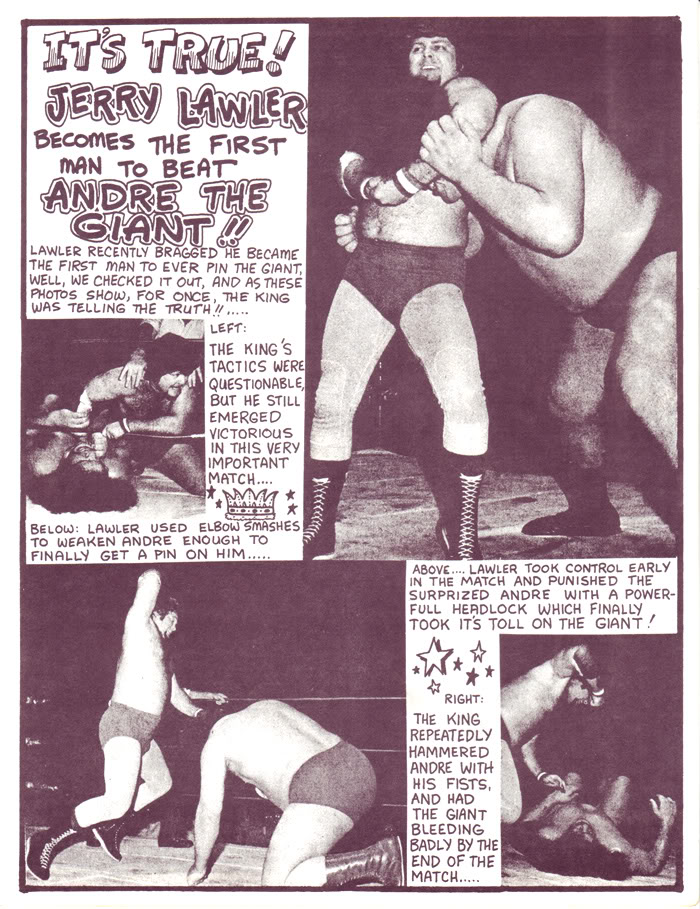 Before being the funny TV commentator on WWE Universe Monday Night Raw, Jerry “The King” Lawler was indeed the King of Wrestling Memphis.

In fact, during the 80’s, Jerry “The King” Lawler defeated the greatest wrestlers ever on his soil, the USWA Memphis wrestling territory.

As the USWA Champion (and owner) and Memphis hometown hero Jerry “The King” Lawler defeated Hulk Hogan, Andre The Giant, Randy “Macho Man” Savage, “Mr. Perfect” Curt Hennig, Kamala, King Kong Bundy, The Undertaker and many more. Beating them all either with a piledriver and/or his knockout punch.