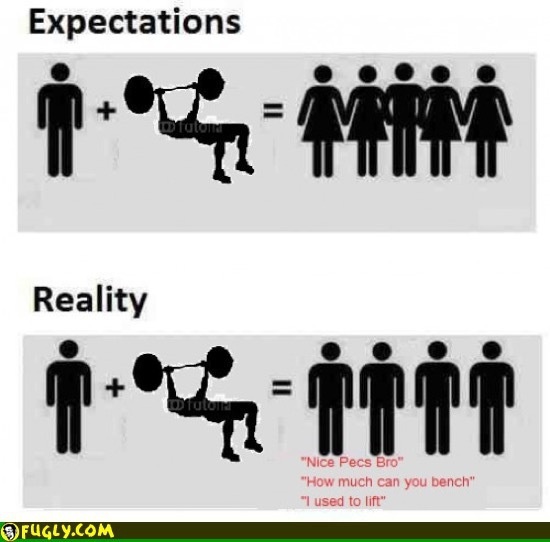 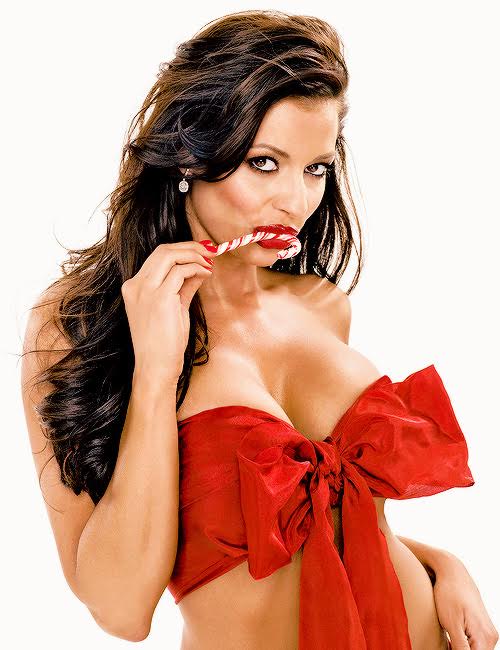 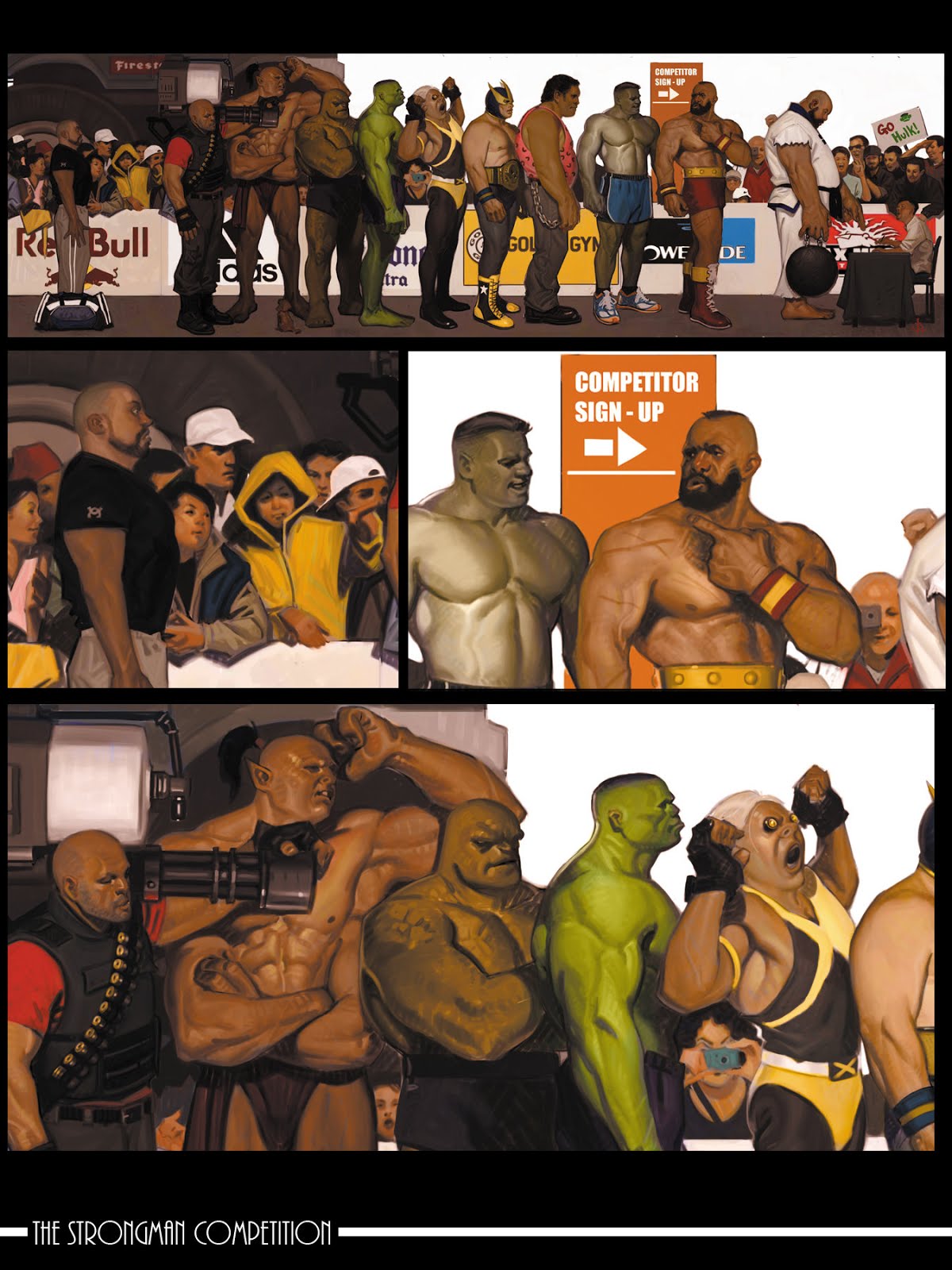 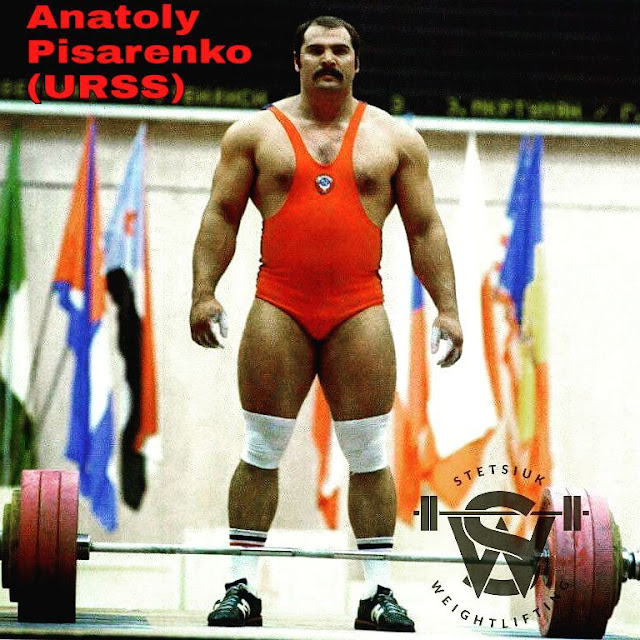 Anatoliy Pisarenko one of the greatest weightlifters ever!


He used to smoke a cigarette and drink a cup of tea between sets. 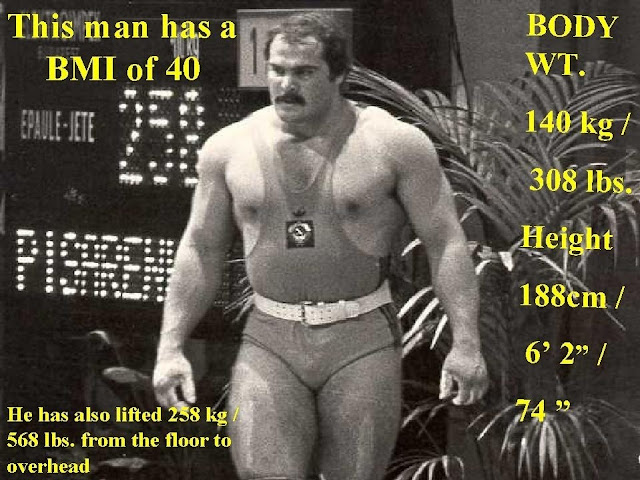 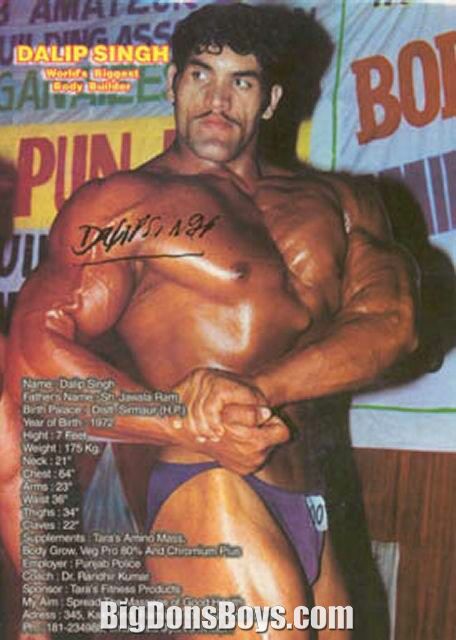 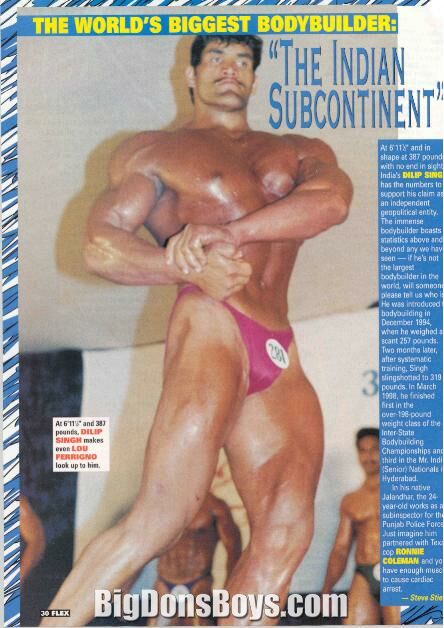 
Tai Chi sucks indeed as a Combat Sport. Zhu Chunping, age 47, was one-punch KOed in 5 SECONDS against Yao Hantian, a 22-year-old Chinese kickboxing novice who has been training kick-boxing for just six months!!!

Professional Wrestling and Political News Media have become the ultimate tag team, both utilizing the exact same techniques and formula’s for a very specific outcome. And the outcome is not what you think it is… In 1991, Turner Broadcasting’s World Championship Wrestling (WCW) recruited Eric Bischoff as an on-camera talent. His entrepreneurial instincts and interests quickly propelled him from talent through the corporate ranks to become WCW's President in 1998. Before leaving Turner Broadcasting in 1999, Eric had established WCW as the leader in the sports/entertainment category and is largely credited for re-inventing the professional wrestling genre. Eric also created the New World Order (nWo) brand for the TNT Network and was responsible for growing licensing, merchandising, pay-per-view, and live event business units by more than $325M. In 2002, he joined long time competitor Vince McMahon to be an on-air character on the highly successful USA Network Series “RAW”.

Eric Bischoff can be heard on his weekly podcast 83 Weeks with Eric Bischoff exclusively on Westwood OnePodcast Network. This talk was given at a TEDx event using the TED conference format but independently organized by a local community. Learn more at https://www.ted.com/tedx

Be loved or hated, it doesn't matter.As long as the audience feel passionately one way or the other. Business will be good.-- Verne Gagne, pro wrestling promoter


Pro Wrestling just like News Media make us feel instead of thinking.
As soon as you get (feel) piss off, you stop thinking.

Three or four talking heads commentating and arguing over the news in a studio is far cheaper than going out and actually reporting it.

In my everlasting quest for purity and excellence, I've created The Perfect Combat Sport, otherwise said "everything Combat Sports ought to be."

To answer these questions.
First of all, we should put STRENGTH first.
What is STRENGTH, pure STRENGTH.
And how we should measure it.

Here is one of my previous StrengthFighter.com post (Nov. 8, 2013) on the subject.

One day, in the early 1900, German superstrongman Herman Goerner stated that there is three tests of strength.

How much you can put over your head. 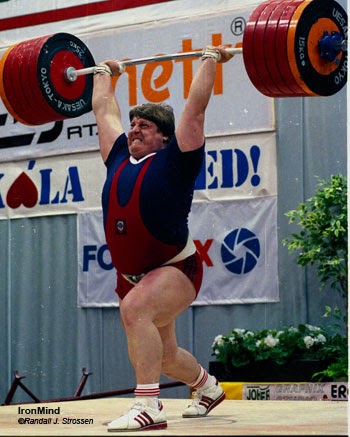 How much you can lift off the ground. 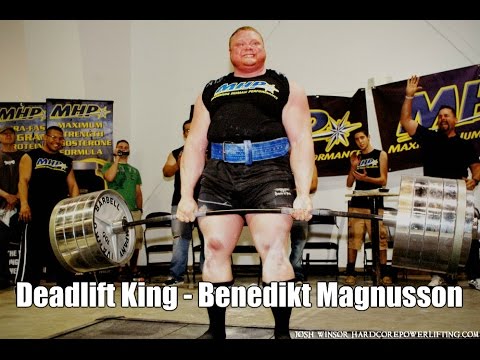 How much weight you can walk with. 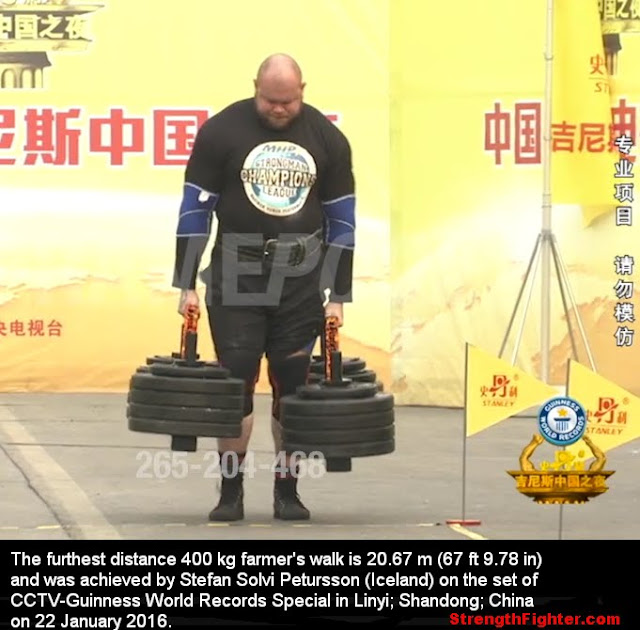 What is the crudest test of full body strength ever. 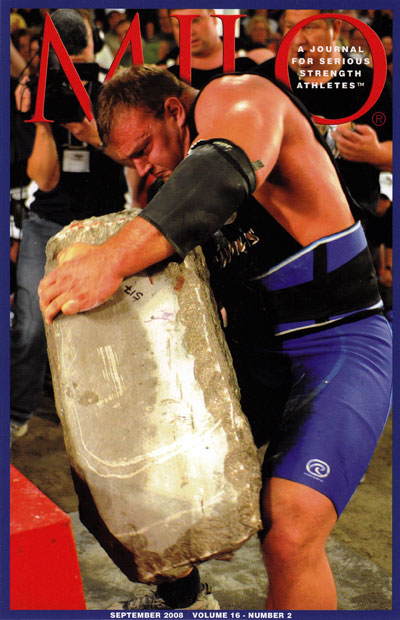 
How much you can support. 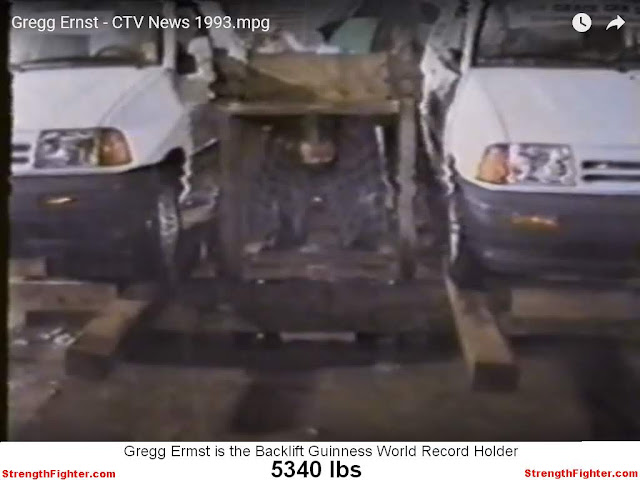 
The only purpose of Strongman Competitions should be to test full body strength and absolute brute strength. Thus eliminating all pointless strength endurance events.

The question is "Who is The Strongest Man in the World?"


Jeff M. Everson defined Strength as a single maximum all-out body effort, the ability to generate maximum muscle tension for one movement or repetition involving as many muscles as possible.


Some examples of the many flaws of the World's Strongest Man contest.

The 6`5", 400-pound powerlifter O.D. Wilson was screwed out of his World's Strongest Man title in 1990 to coming last place in a silly 200-meter timed race carrying a 220-pound load of bricks on their back. The more athletic Jon Pall Sigmarsson was awarded the title. Thanks to this pointless endurance race.

What about the hanging bar hold? A pointless grip test that a lighter man will usually win. Any 130 lbs gymnast will outlast any 250-300 pounds strongman on this one. Is it prove that the gymnast is the strongest? Not at all! It doesn't even prove that the skinny gymnast has a stronger grip.

After winning the WSM three-time in a row (1980-1982), Bill Kazmaier was blackballed from the World's Strongest Man circuit until 1988 for being too dominant!!??!!

Here below are the point of view of different experts on what the REAL World's Strongest Man Competition should be to earn its name.

The point system for each event was 8 points for the winner, 1 point for the last position and point splitting for ex-aequo positions.

Based on his CHS criteria, his events suggestions are:
4 or 5 events over the course of 2 or 3 days.

In a perfect world, the top Olympic weightlifters, powerlifters, and strongman competitors would participate.

A limit of 8 competitors

Pushing the limits of human strength even further.

"In term of athletes who are using performance-enhancing drugs, there is the potential for continued improvement." -- fitness journalist Anthony Roberts

"I want to see men become as big and powerful as gorillas. I want Harambe to come back to life, only this time he's human--he's one of us." -- Aaron Cook, an amateur powerlifter attending Arnold Classic.

About attracting the best athletes to $trength $ports:

"Powerlifting is still a fringe sport, and the best athletes in the world aren't powerlifting." -- Anthony Roberts.

"It (arm wrestling) was still niche, so you didn’t know if the best guys in the world were the absolute best." -- Gary Goodridge, former arm wrestling world champion and UFC fighter.

"It is probable, for every Paul Anderson or William Kazmaier who act on their amazing potential, there're probably 25 such men in the world who never fully do so, even while they become local legends for their strength and size."  -- Jeff M. Everson.

"So how do we really find the fittest in the world? There are two options; we can throw more money at it, or make it more prestigious."  -- Jerred Moon was talking about NFL-type of money and Olympics gold medal-type of prestige. Just replace the word fittest by strongest.

I think you get the point. Money, money, money...
And forget about the hypocritical witch-hunt, head in the ass drug testing.

1-RM Continental/Clean and Press/Jerk.
Anything goes -- except for standing the barbell on end and rocking it over onto the shoulders or resting it on top of a lifting belt to boosting it up from there. Resting the barbell on the stomach is okay but not on the belt.

The lift is performed on a standard Olympic weightlifting bar with standard calibrated/certifiated bumper plates.


1-RM Conventional Deadlift.
Hitching allowed. No straps allowed. Sumo deadlift isn't allowed since it can benefit from wearing a suit (equipped) unlike the conventional deadlift. All the big boys do their deadlift conventional anyway. Period.

The lift is performed with a standard powerlifting bar and calibrated/certifiated plates.

SMAC Total
The sum of the best of each lift (1 rep max Clean & Press and 1 rep max Deadlift) will be used as a tangible gage of pure strength and a tiebreaker in case of a tie on the scoreboard at the end of the Competition.

Both lift are contested on the First Day with the result being based on the heaviest weight successfully lifted in each of the two lifts. The SuperStrongman™ who totalled the most weight (i.e. has the highest sum of each of his lifts) is the overall winner of the first two Tests Of Strength™ and the First Day of the SMAC™.

Yes, it is so heavy that not everybody will be able to lift it. It was done on purpose.

Furthermore, tacky will be more of an hindrance than a help when lifting natural stones. These stones were not designed to be lift by men unlike the current Atlas and Husafell stones. These is no easy way out.

Here is an example of a legendary natural stone that can be used.

Backlift Support.
Weight starting at 2000 lbs minimum.
Supporting the weight for time without having to lift in the first place.
A good thing, since the lifting can be extremely hard to balance.

What a best way to resist force through endurance than supporting thousands of pounds on your back for as long as you can?

This Test Of Strength™ would be performed on the adjustable and plate-loading Rogue Backlift Platform.


In my view, those 5 Test Of Strength™ are the very best to determine who is the Strongest Man Alive™. So there is no need for modification and rotation from year to year. Except for possibly heavier weights for the following years.

Quebec, The Cradle of Strong Men 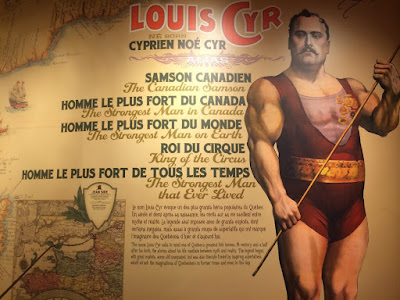 No classes. No divisions. No amateur category.


In order to crown the Strongest Man Alive™ you need to attract the strongest men in the world to your Competition to validate your claim.

What our 10 SuperStrongmen™ deserve (aka my utopia)...

Brought to you by


Documentary series about the World's Strongest Man contest. Since 1977, the competition has provided the best strength athletes with iconic and at times quirky tests of brute power. This episode highlights some of the most difficult of these and takes a look at fans' favourites, such as The Car Flip, Car Walk, Arm Wrestles and Tug-of-War.

Jim "The Anvil" Neidhart and Andre The Giant 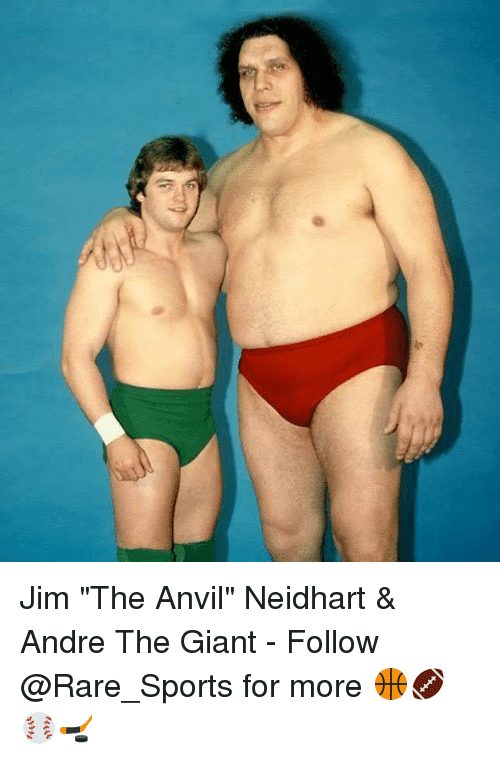 It wasn't that friendly since most athletes were very competitive and did the best they could to win.

Two factors were great about the first several years of the World's Strongest Man contest:

Since NFL football is reputed to be a tough guys sport inhabited by strong, fast and explosive athletes. In the following post, I will search for all the NFL American pro football players who ever competed in the World's Strongest Man (WSM), their stats and their performances. 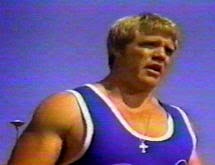 In the WSM, he was noted for his athleticism and tremendous grip with his long hands. 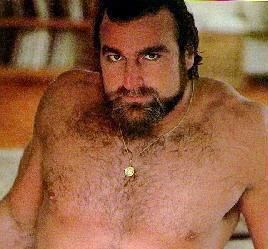 6'8", 309 lbs
World's Strongest Man contest  - 1978 (9th)
John was the Wisconsin Class A state champion in the shot put with a throw of 58 feet 11 inches.
He was also famous for his partying and endless use of painkillers and other drugs.

In 2005, Sports Illustrated named him one of the top five all-time "bad boys" of the NFL.

The perfect gay bear wet-dream, hairy and bearded, John Matuszak posed in Playgirl in 1982.
Died of a prescription drug overdose on June 17, 1989. 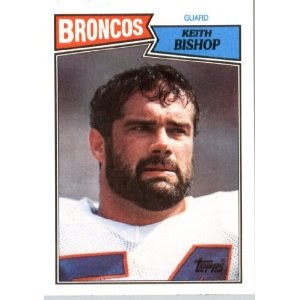 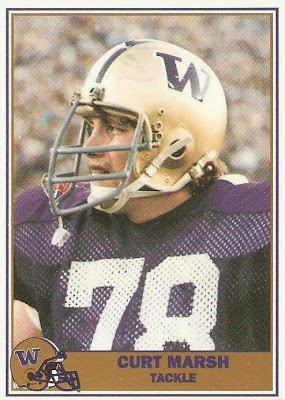 6'6", 285 lbs
World's Strongest Man contest - 1982 (6th)
Won the Sumo wrestling event against none other than Bill Kazmaier.
He underwent more than 20 surgeries for football-related injuries, including a foot amputation, which he attributes to inadequate medical care. 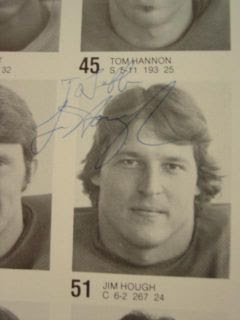 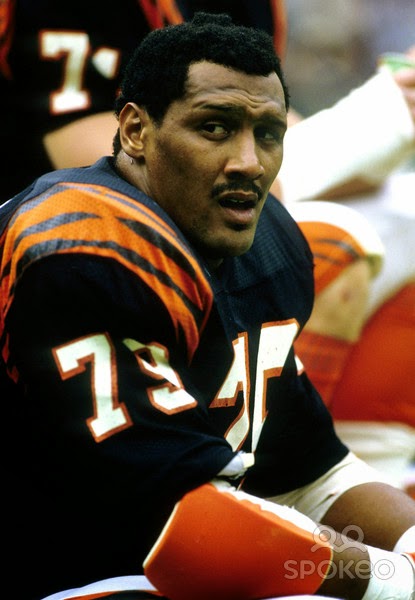