This match epitomize ECW at its very best with an endless supply of Money and production facilities, ECW Originals (RVD, Sabu, The Sandman, Tommy Dreamer, Balls Mahoney), T&A (Francine, Trinity, Kelly Kelly) and with heavy-hitters like "The Extreme Giant" Big Show and "The Wrestling Machine" Kurt Angle on board. ECW had its original Sex & Violence singular flavour. 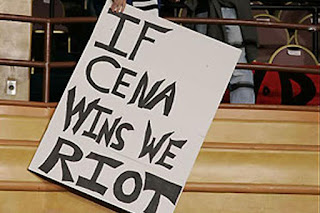 When Paul Heyman was forced out at December to Dismember 2006. McMahon decided to put the ill-fitted Bobby Lashley as ECW World Champion it soon became pure bullcrap!!

Vince McMahon decided to destroy it with crap like The New Breed and putting himself, John Morrison, CM Punk, Chavo Guerrero as ECW champion. All ill-fitted and not extreme unworthy champions. ECW became a flavourless C-show and training ground for WWE superstars... 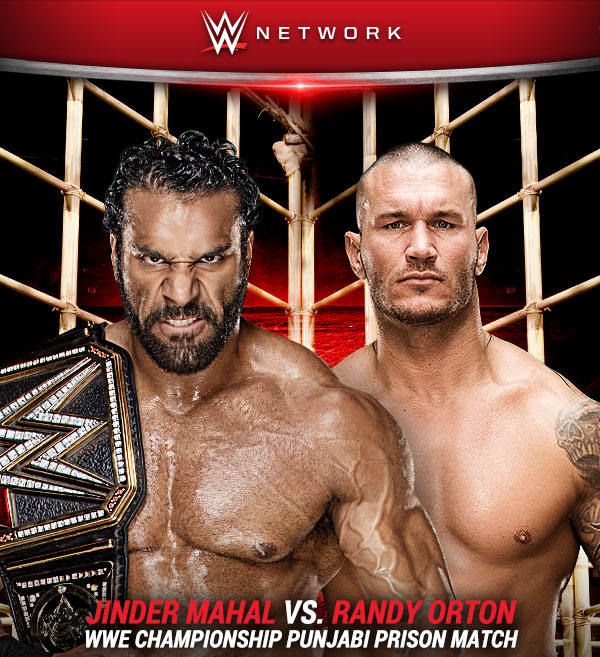 Vince McMahon has been released from WWE 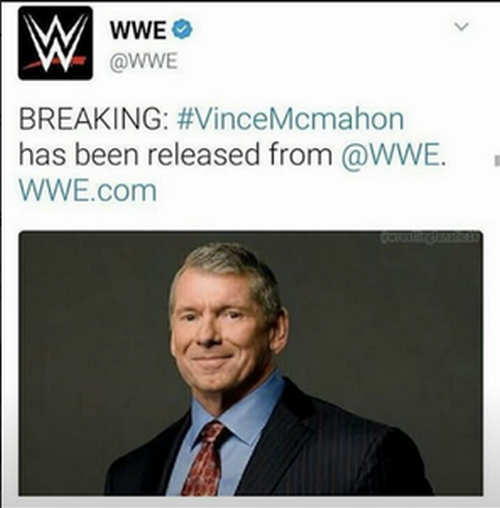 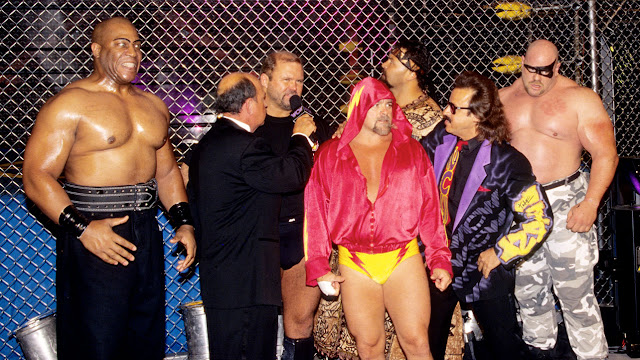 The Ultimate Solution debuts alongside Z-Gangsta: Nitro, May 18, 1996 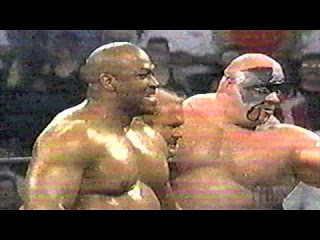 Two actors Jeep Swenson & Zeus make their first ever WCW appearance as The Ultimate Solution / Final Solution & Z-Gangsta respectively. They were supposed to be two huge unfazable muscle-bound monsters hired to destroy Hulk Hogan by The Alliance to End Hulkamania. 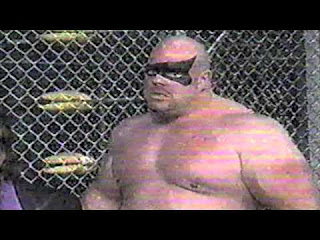 Jeep Swenson (Robert Swenson) aka The Ultimate Solution / The Final Solution was 6'4", 405 lbs, 39 years old.  With his legit 24-inch arms, he had the largest biceps in the world at the end of the 80s, and a 63-inch chest.  Jeep Swenson wrestled pro between 1987 and 1988 and boxed two pro fights: 2 losses; 1 in 1983 and the other in 1996 vs wrestler/boxer/shootfighter Tony Halme better known as Ludvig Borga.  He also appeared in "No Holds Barred" as pit fighter "Lugwrench" Perkins getting squashed by Zeus.

Zeus (Tom "Tiny" Lister Jr.) aka Z-Gangsta / Ze Gangsta was 6'5", 300 lbs, 39 years old.  Years earlier, in 1989, he appeared as Zeus: The Human Wrecking Machine in the WWF in a similar gimmick, to destroy Hulk Hogan.  All part of a "real-life" gimmick surrounding the 1989 wrestling movie "No Holds Barred" in which he was the main antagonist. 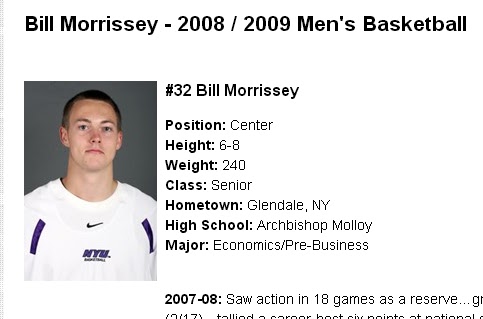 Bill Morrissey better known as Big Cass was 22 years old at the time. So he was a full-grown adult.

Macho Man bitten by a Cobra snake for real!!!


In an epic wrestling feud between Jake "The Snake" Roberts and Randy "Macho Man" Savage in 1991.

While a stupid referee tried to restrain Randy Savage from entering the ring, Jake Roberts seized the opportunity to clubber the distracted Savage. 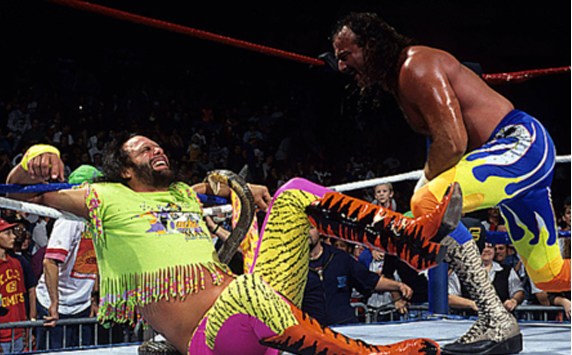 After getting beaten up, Savage got his arms entangled in the ropes. Then the party begins, Jake Roberts took a very real King Cobra snake out of his bag and used it to bite the helpless Randy Savage.

The King Cobra bit Randy Savage on the arm and refused to release his bite. The snake was de-venomized but as you can see by the blood on Savage's arm, the giant snake had his fangs!!!

However the snake bite wasn't without consequence for Randy Savage and... the King Cobra himself! As Savage said while remembering the planned incident: “ When King Cobra bit me…oh my God. (Laughs) For days later my arm blew up like a balloon—they had to rush me off to the emergency room and get some hospital attention.But then 12 days later his snake died…so, you know, I think the snake got the venom from me!”