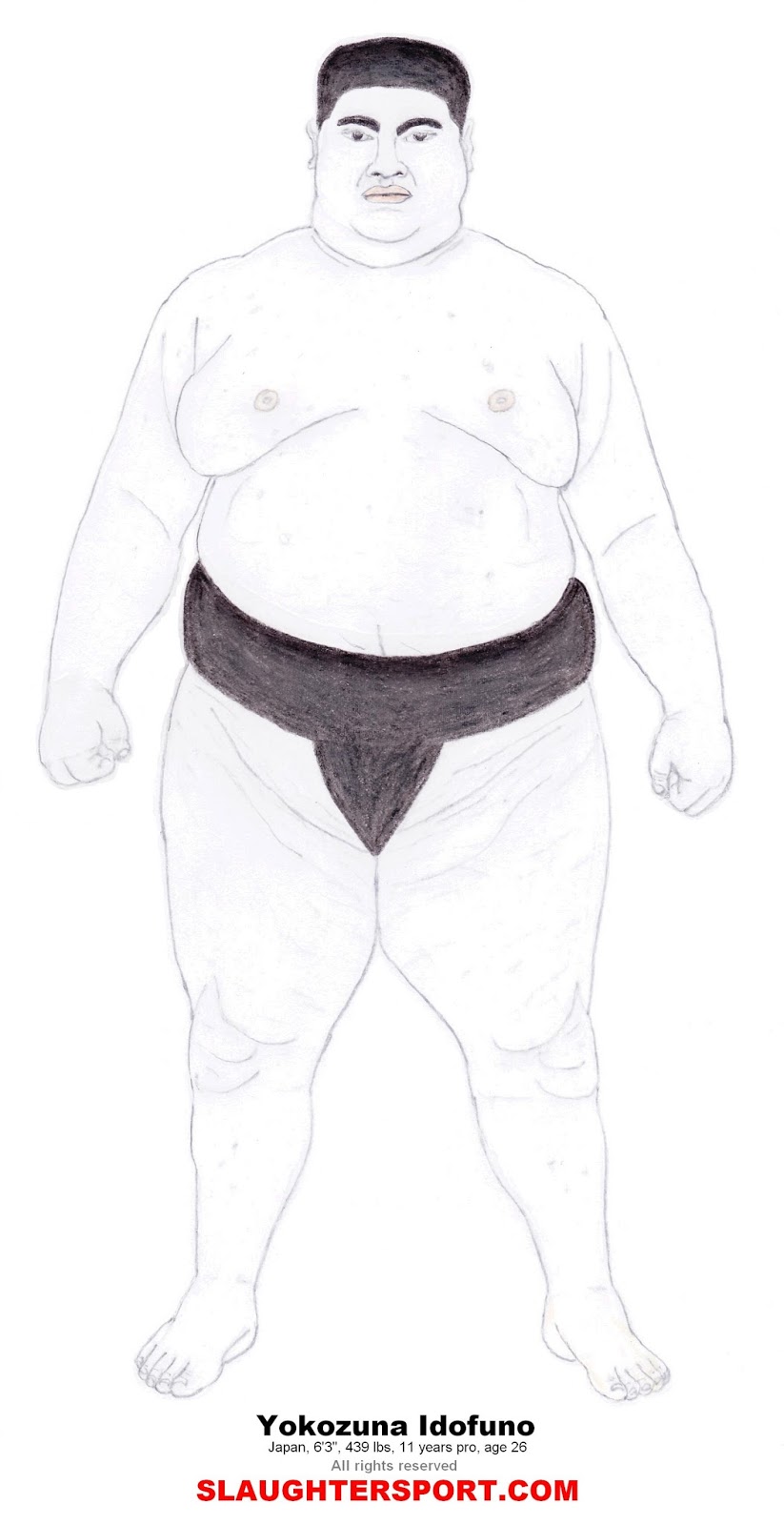 
Lured by Money and prestige, Yokozuna Idofuno left sumo wrestling, cut his hair, shred some weight, and joined the UST-3. He said it was the hardest decision of his life.


Sumo styles can broadly be broken down into two types: Oshi-sumo, or “thrusting” style, and Yotsu-sumo, or “grappling” style. The former is about brute force and pushing your opponent out of the ring; the latter is more about forcing your opponent to the ground or using their momentum against them.
His favorite style is Oshi-sumo (thrusting).

Yokozuna Idofuno is mainly a bulldozer who prefers driving straight forward and pushing HOWEVER from time to time, depending of his opponent, he likes to change of strategy on the fly.


Exceptionally talented, Idofuno is proficient in all five categories.

Yokozuna Idofuno is the exclusive property and creation of PYGOD (Créé le 18 janvier 2017)
SLAUGHTERSPORT™ is 100% created, operated, and owned by PYGOD
No graphics, text, icons, names, logos, scripts, scenarios or photos from this site may be used without permission.
Copyright 2017. PYGOD.COM. All rights reserved.
Publié par PYGOD à 09:19