Triple H denim over leather jacket during the WWE Attitude Era around 2002.

"The Game" Triple H looked very badass and fearsome in his jeans cut-off over his motorcycle leather jacket. Put a sledgehammer in his hands and he looks lethal. 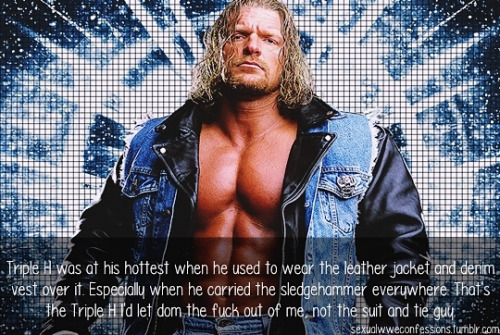 The view of an enthusiastic female fan. 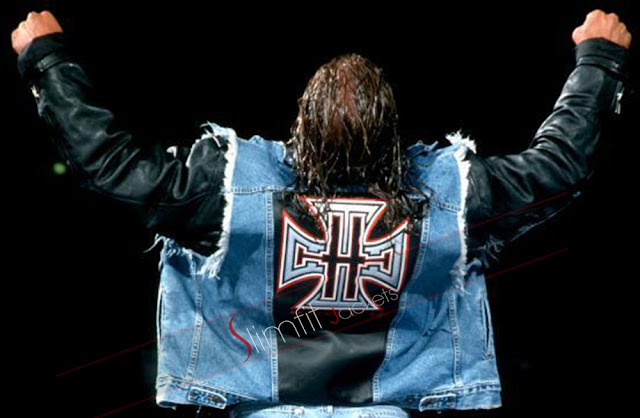 Michael Cole interviewing "The Game" Triple H after his match with The Undertaker at Wrestlemania 17.

Triple H looks surprisingly fresh for someone who just got defeated by The Undertaker. 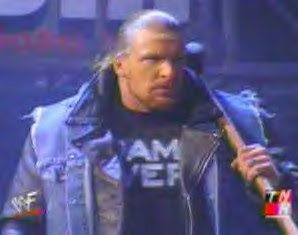 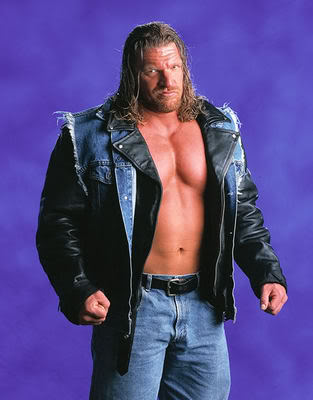