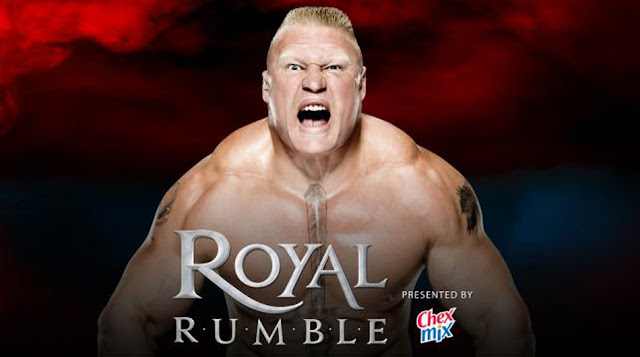 Roman Reigns odds: 2.80
(collect $28 on a $10 bet)
He is my first pick because he is Vince McMahon's chosen one and WWE golden boy. With Cena, Rollins, Orton, and Daniel Bryan out of action suffering from injuries. And the crowd finally accepting him as the new face of WWE after months of being pushed down our throats. The timing is perfect to put Roman Reigns over.

Brock Lesnar odds: 4.00
(collect $40 on a $10 bet)
My second pick. A monster of devastation but a part-timer nonetheless. Will the WWE officials want to put the WWE championship belt around the waist of an inactive champion til WrestleMania 32? It is a possibility...

With odds like that, I took no chance and gambled on all three!
I just can't lose!

Despite having the best odds (2.15), I don't that Triple H will win the Royal Rumble. It just wouldn't be best for business to put himself over by winning the Royal Rumble AND the WWE title.

I place my bets on wrestling, MMA, boxing, and anything on Bodog. The best place to bet.