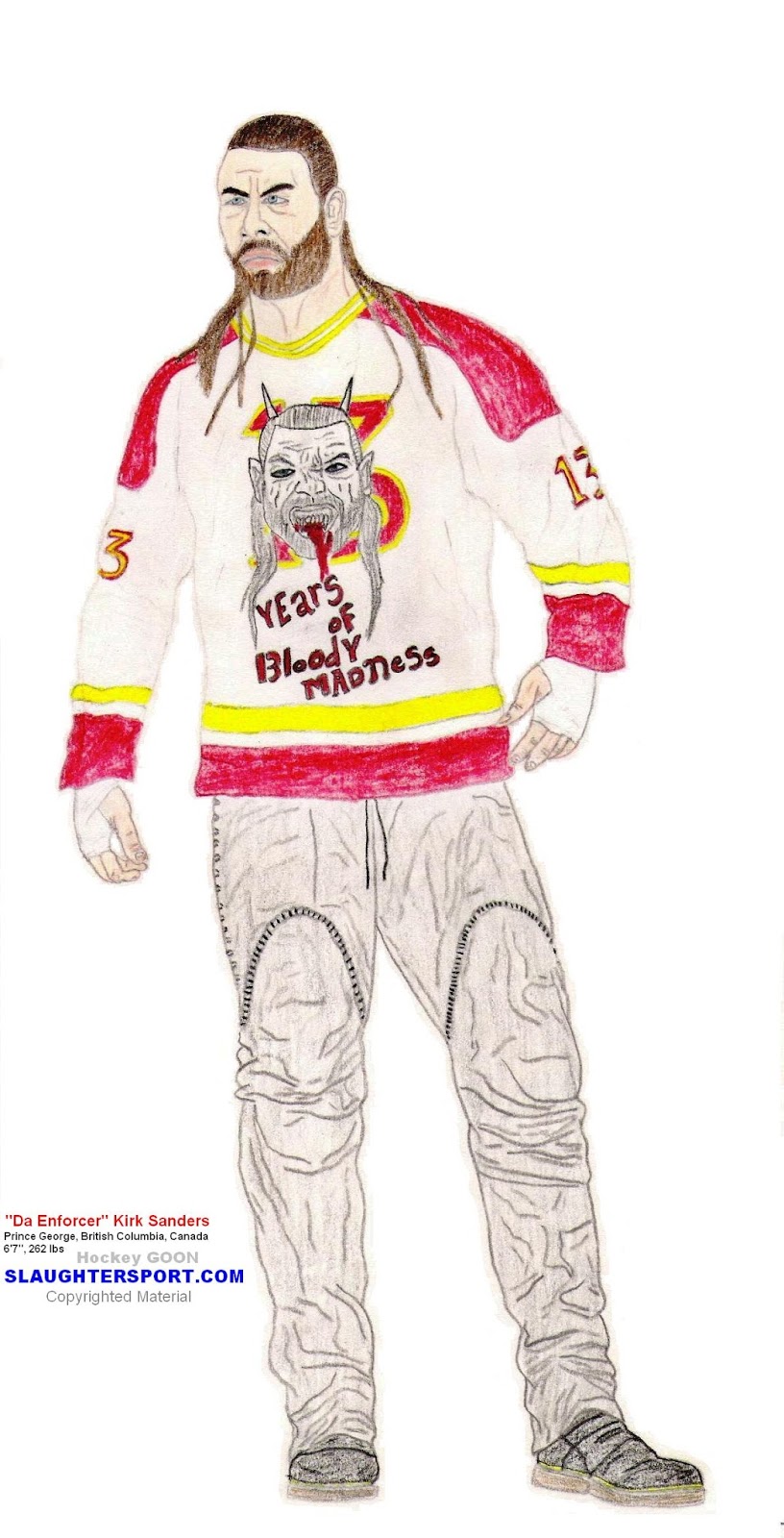 CRIMINAL RECORD: Has been arrested 19 times ( 13 times for drunken bar fights, assault, attempted murder, grievous bodily harm.  And 6 times for driving under the influence plus cocaine possession and assaulting a police officer).  Send in rehab 5 times for his cocaine and alcohol addiction.  Spendind several months in jail and rehab but continues his hockey career.

Finishing and signature moves:
- His favorite move?  A right to the face
- Tip it back! ( a flury of punches to the face after receiving some)
- No Quarter (Grabbing and punching the face)
- Last Call Hangover (Ice cut body check)
- Beer Check (Body checking the opponent into the cage fence)
- Expulsion (lifting the opponent on one shoulder and throwing him in the fence)
- Elbow in the face or behind the neck
- Patron Throwing (Grabbing from behing by the pants and neck and throwing him into the fence)
- Cluthching and haymaker behind the neck
- Face Stomp

STRENGTHS:  Devastating puncher with impressive power in both hands.  Has dished out a ton of TKO's, broken orbital bones, and broken noses...   Unteachable ability to concentrate maximum force in every punch...  Single-minded killer instinct of a shark...  Highly entertaining crowd-pleaser, since he can pummel an opponent non-stop for full minutes.

OTHERS COMMENTS:  Beer guzzling, cigar smoking, trash talking and ass whopping brawler who always fight drunk.  And he claims to be "The Best Brawler on Ice, in the Ring, and on the Street".  For the last 13 years, he is an extremely popular and entertaining goon in various semi-pro hockey leagues across North America.   With his charisma, Pro Hockey notoriety, gravelly voiced, heavy drinking, badass attitude, and action-packed brawling style.  He is a cross media star and something of a hero in Canada.  And, without a doubt, the most popular BKB brawler ever.