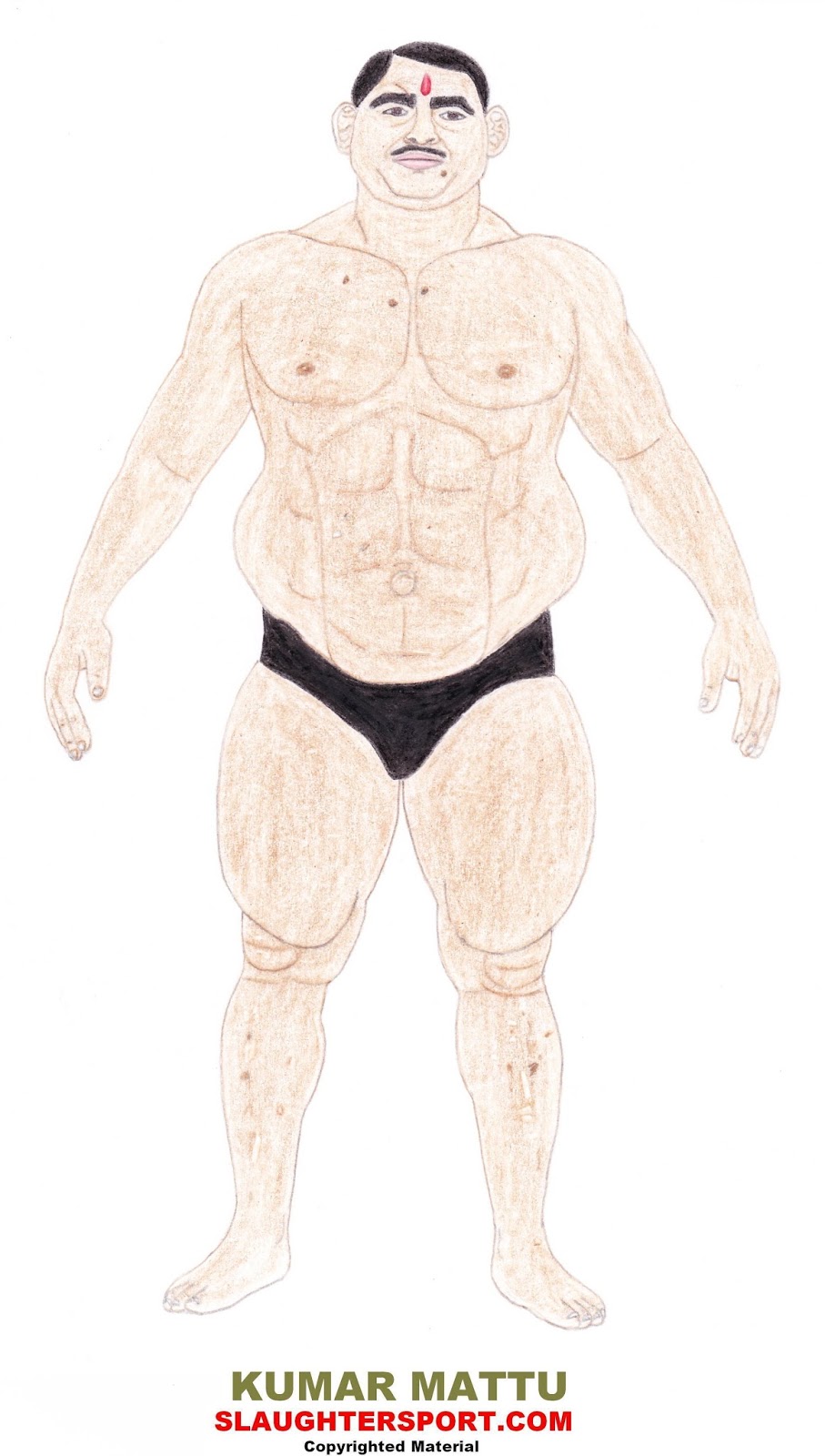 NICKNAME: The Pride of India
BIRTHPLACE:

Veritable exploits considering the lack of funding, support and proper training in India.
Retired at the age of 30 after his last Olympic games.

A TYPICAL TRAINING DAY: He works out for almost 10 to 12 hours daily. Training thrice a day. Meditates everyday.


Callisthenics and exercises that employ the wrestler's own bodyweight (kundakavartana) include the sun salutation (Surya Namaskara), supported headstand (shirshasana), Hindu squat (bethak) and the Hindu press-up (danda) seems to be the basis of his training.

His exercise regimen also include weight training devices such as the nal (a hollow stone cylinder with a handle inside), the gar nal (neck weight/ a circular stone ring worn around the neck to add resistance), the gada /mace (a heavy round stone attached to the end of a meter-long bamboo stick), and Indian clubs.
His exercise regimen may also include dhakuli which involve twisting rotations, rope climbing, log pulling and running.
Wrestling an opponent is a strength and conditioning workout in itself, as anyone with a shred of grappling experience will attest.
Bodyweight exercises and traditional Indian weight training to increase strength, muscle bulk, stamina and flexibility.
Massage is regarded an integral part of a wrestler's exercise regimen.

DAILY DIET: He is vegetarian. A high-calorie and nutritious diet is a must to sustain bodyweight after a strenuous workout.
There are no weight classes in traditional Kushti, so most wrestlers aim to get as big as they can. Smaller wrestlers often train with much bigger guys. So Kumar Mattu, just like any wrestler of his father's akhara, is on a year-long bulk up diet.
His food is eaten through a thick mixture called Khurak, made from ghee, milk, and almond paste.

PERSONALITY: Quiet, simple, humble, honorable, introvert, selfless and extremely religious who abhors alcohol, tobacco and drugs. Became furious and powerful when he is about to fight.


GEAR / EQUIPMENT: Wears a speedo instead of the traditional langot. Prefers to fight barefoot and shirtless instead of wearing amateur wrestling singlet and shoes.

The Akhara: Where Earth Is Turned Into Gold


Kumar Mattu is the exclusive property and creation of PYGOD

Universal SLAUGHTERSPORT Tour™ is the exclusive property and creation of PYGOD
SLAUGHTERSPORT™ is 100% created, operated, and owned by PYGOD
No graphics, text, icons, names, logos, scripts, scenarios or photos from this site may be used without permission.
Copyright 2015. PYGOD.COM. All rights reserved.
Publié par PYGOD à 21:13