This is serious. This is not a joke! 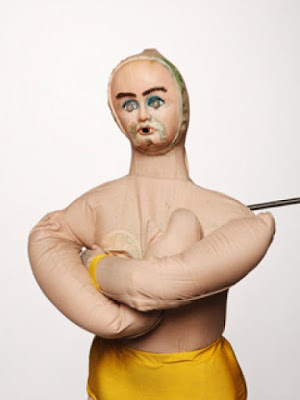 The man is named Kota Ibushi, the sex doll is named YOSHIHIKOOOOOOO.

There have been 4 versions of Yoshihiko so far...

The original was killed during a wrestling match.

The third looked like The Undertaker during his "American Bad Ass" period.

The fourth and most recent one is based on Hulk Hogan.

Anyone that faces Yoshihiko is required to get in front of a huge group of people and pretend to get beaten up by a blow-up doll.

This proove the saying that a good wrestler can make a good match with a broom stick.

Even by Japanese pro wrestling standards, this stuff is insane.

Apparently, impressed by this memorable performance, Dana White is trying to sign Yoshihiko for a multi-million dollar UFC contract. 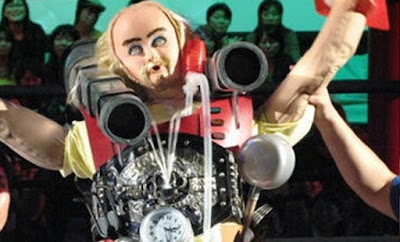