Best of the Best 2 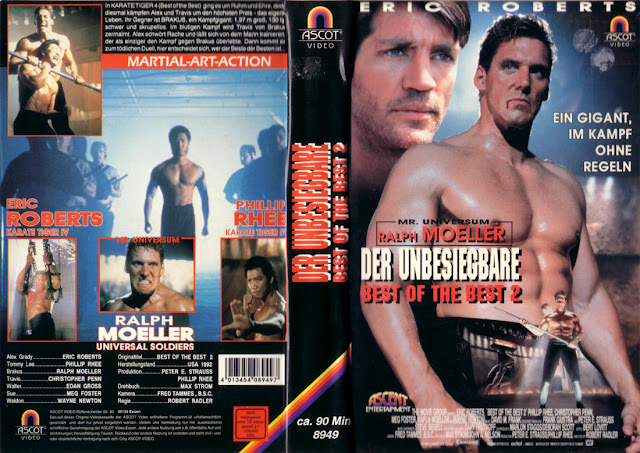 "The Coliseum", a brutal underground fighting arena run by a shady promoter named Weldon (Wayne Newton), whose protégé Brakus (Ralf Möller) is the owner and undefeated champion. Aside from "there are no rules", the rule of the Coliseum state that a challenger must defeat three of its "Gladiators" in order to face Brakus.

An entertaining movie, with a couple of "Gladiators" from different styles (boxing, Olympics wrestling...) and nationalities. A good film of the genre that I enjoyed to re-watch.

Just like in the movie, in real-life the actor Phillip Rhee, who play Tommy Lee, represented the United States' Taekwondo Team against the South Korean team in the championships of the Asia Games. His real-life event formed the basis of his screenplay for the film "Best of the Best".