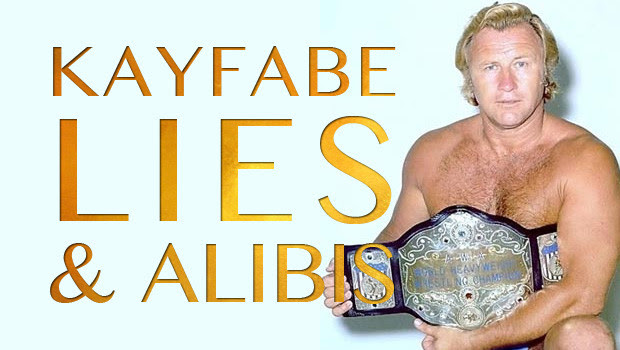 Bruno Sammartino’s real beef with Vince McMahon was that Bruno felt he should have gotten a bigger role in the WWF after retiring – perhaps a piece of the office or some similar position.

Otto Wanz beat Bock for the AWA World title after bribing Verne.  Nick rips Wanz for being an obese egotist. (Fat and hardly known to the AWA crowd, yet Bock is so hated Wanz gets a monster pop for pinning him)
John Nord (The Berzerker) was a partier and the mid-80’s AWA locker room was a bit muddled with old guys who had left the wild side behind and young guys who wanted to go all night.
Curt Hennig was a very good hand in the ring.  Curt and The Rockers were very into ribs while they were in the AWA.
Two hours into the interview now and Nick is starting to show his age as he is beginning to struggle with memories.
Stan Hansen was a bad choice for AWA Champion since Hansen was not going to follow the promoter’s wishes.  Nick knew working with Hansen and Brody would be shit matches since they were focused on making sure they looked good.
Bockwinkel appeared on Hawaii Five-0 and Hollywood Squares.  Nick got a Screen Actors Guild card and that led to some extra work and cash inflow.
Nick never had issues with guys trying to shoot on him and “stealing” the AWA title as he had enough of a rep to scare guys off such ideas.
Leon “Vader” White was a pain in the ass and Nick feels Vader would admit to as much.
Verne Gagne’s Alzheimer induced manslaughter of another nursing home resident is discussed – Nick admits he and his wife both have “senior moments.”
Eric Bischoff was very full of himself and envisioned grandeur in his future.
Shawn Michaels apologized to Bock in recent years for his past behavior of ribbing Nick.  Bock felt it was less than genuine.  Bock retaliated back in ’86 by putting dog shit in Shawn’s car – Hennig got the blame.
Larry Zybysko was a good worker and very capable of entertaining matches.
Scott Hall had a bit of an ego but was a solid worker.
Vince never offered Bock a contract as a worker since Nick was long in the tooth.
Nick quit the AWA in mid-87 since the tombstone was up and Bock didn’t want to be part of it anymore.
Pro Wrestling USA was doomed from the start.
Bockwinkel bought 11% of the Houston wrestling office briefly – Bill Watts took over the area and Nick sold off his shares soon after. Watts had a demanding personality and he and Watts weren’t destined to be fruitful business partners.
Nick is in charge of a cache of wrestling memorabilia for the old timers group “The Cauliflower Alley Club.”   A yearly meet and greet is full of cribbage games and tall tales.
Final Thoughts: This was a solid shoot – however I feel like Nick had a lot more to touch on that wasn’t covered.  Many AWA stars weren’t mentioned at all and had Nick been mentally up to it, this thing could have probably gone another few hours.   RF Video botched the microphone work here as the interviewer is LOUD and Nick is soft and I found myself playing with the volume constantly in order to not miss out on any of Nick’s points.  Overall – nothing groundbreaking here but if you’re a fan of the AWA there is some nuggets of entertainment to be found.