Here below, I'm proud to encourage someone - Bowie Ibarra -  with the same interests as mine: Combat Sports.

I presents you his book about Pit Fighters and the good ole early UFC days. When the UFC was great! 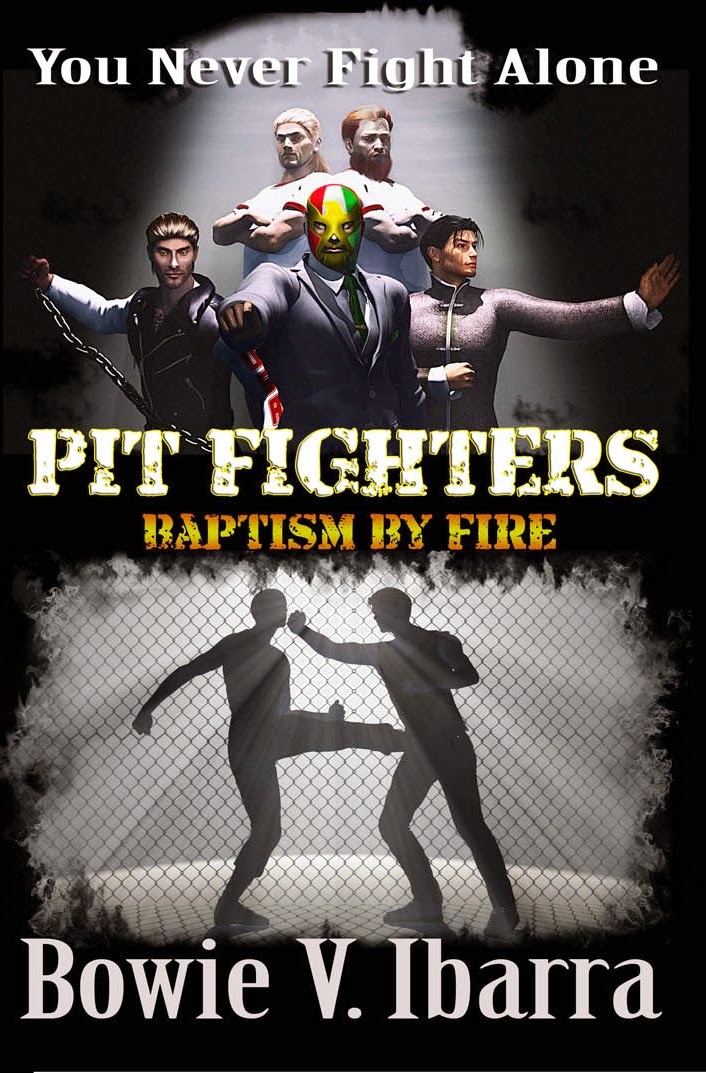 
Five fighters. Five styles. One goal.
It’s the 1990’s, the advent of mainstream money fights.
They are masters of their respective arts: Kung-Fu, Western Boxing, Sambo, Lucha Libre, street fighting.
Their paths cross in the south Texas town of San Uvalde, assembling as a stable of fighters under the banner of a risk-taking entrepreneur. Combining their diverse backgrounds and unique skills, the men form a team united in one goal: glory in the new sport of mixed martial arts.
But will their unity and skills be enough to overcome their individual shortcomings, demons, and doubts when they are locked in a cage and tested by some of the deadliest fighters in the world? There will be only one supreme champion, and it will take more than skill, guts, and determination to succeed among a special and ancient breed of warriors: Pit Fighters.

I've always loved combat sports.  From boxing to pro-wrestling to martial arts. When 'Street Fighter II' came to the Pizza Hut in my hometown of Uvalde, I loved it.  And who could forget 'Bloodsport' or 'Enter the Dragon'?

This book is an ode to one of my all-time loves of my life:  fights!  The story was a complete joy to write, and I'm excited to share it with you today.

If you're a fan of any and all combat sports, I hope you'll give it a chance.

Bowie V. Ibarra (1975- present) was born and raised in Uvalde, Texas, to a school principal and a book keeper. He has a Bachelor of Fine Arts in Acting and a Master of Arts in Theatre History. For nearly thirty years, Bowie has been active in theatre arts as a performer, director, and house manager of a theatre. In that time, Bowie has also pursued writing. His first book, "Down the Road: A Zombie Horror Story" was initially self-published, but subsequently picked up by Permuted Press. The story has made moved to a joint venture with Permuted and Pocket Books and debuts yet again January 4th, 2011. His most recent book, "Pit Fighters: Baptism by Fire", is the story of mixed martial arts glory during the advent of the sport in the US in the early 90s. Bowie hopes readers enjoy all his written works.

Anyway, all you need to know about him is that he loves ZOMBIE, FIGHTS, and BLOOD.
And that's fine with me!


As you can see. Bowie Ibarra is a prolific author.