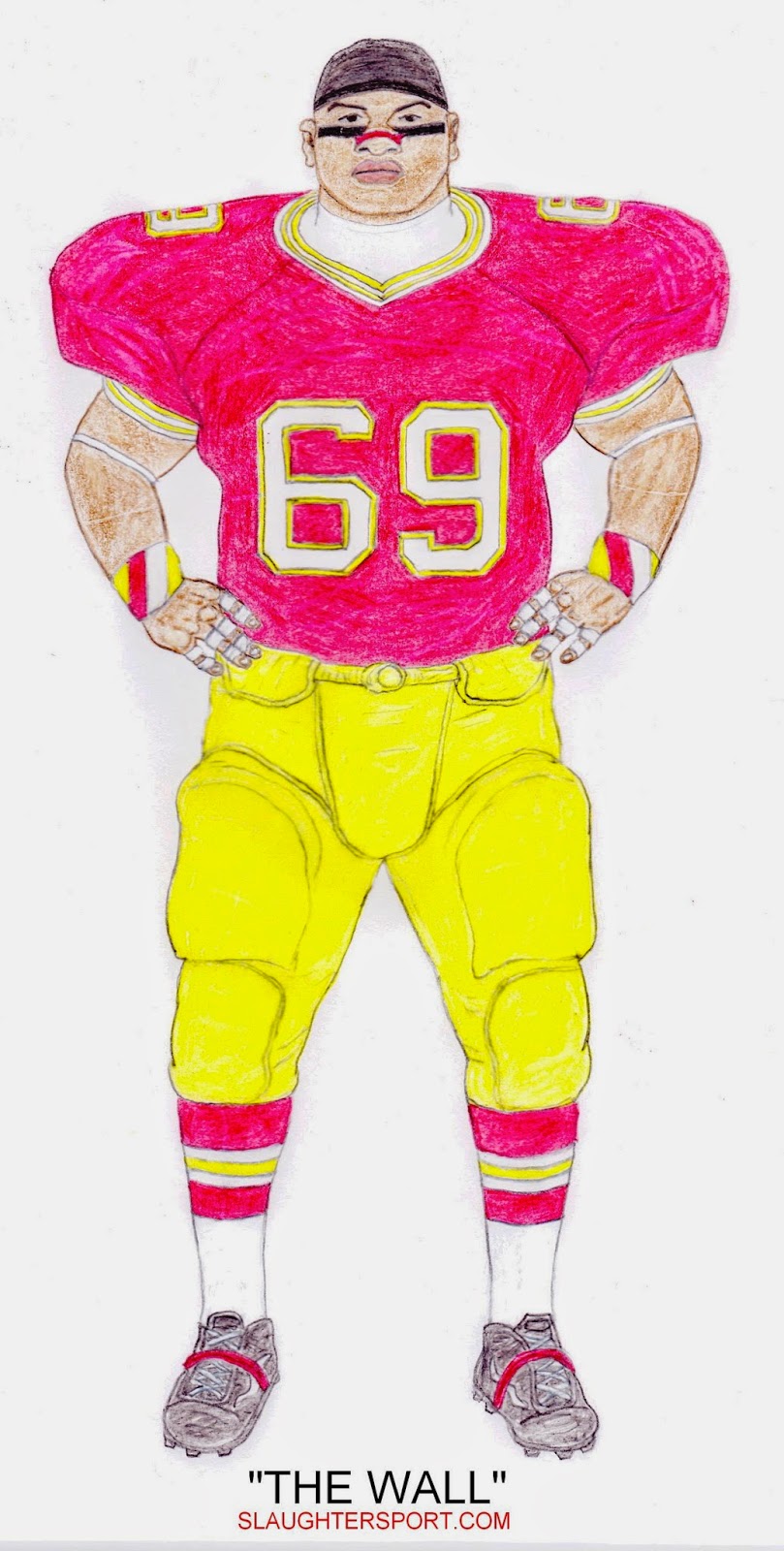 High School Football
At the age of 15, he was already 6'2", 300-pound and had sixteen scholarship offers... Was recognized as an High School football All-American in his senior year (age 18)... Was named Defensive Player of the Year during this time.


Entrance Song: "We Will Rock You" - Queen
Victory Song: "We Are The Champions" - Queen


Said he is better than The Big Thing since he is a real athlete and not just "a musclebound piece of junk". He wants to face The Big Thing anywhere anytime anyplace.
He always says that he is bigger, stronger, faster, and more agile than anybody out there.

Huge, powerful, explosive, low-center-of-gravity athlete, with exceptional balance and short-area quickness, and rare toughness. Being a phenomenal athlete will certainly help him becoming an extraordinaire fighter.

Seem to be a version of The Big Thing with more stamina, speed, explosion, and athleticism but less punching and kicking power. And certainly less resistance to absorb punishment.

Said he pursued a fighting career after his successful and lucrative NFL career because he wanted a new challenge. However, some says that he is broke as a joke.

Left with his tail between his legs 45 minutes after the start of the monthly SLAUGHTERSPORT Training School three-day tryout ($300 for the 72-hour drill). Of this experience, he stated that he prefered to pursue his fighting training on his own.

He invested a fortune on pursuing a fighting career. Was trained by retired Brazilian MMA legend Charles Santos, Hall of Fame boxing instructor Lou Reid (trainer of several world champions), and two former All-American wrestlers for 2 years before getting in the Battlefield. Said he trained anywhere from 3 to 6 hours a day.

Michael Clifford saw "unlimited potential" in him and would have done the impossible to get him under contract.
Before accepting the offer of Michael Clifford to be his manager. Willie "The Wall" Madison was supposed to be an high-profile enhancement talent for the 11 other Combatants in the UST 3. Now "The Wall" is perceived not only as a super athlete but as a very serious threat in the UST 3.


Willie "The Wall" Madison is the exclusive property and creation of PYGOD
SLAUGHTERSPORT™ is 100% created, operated, and owned by PYGOD
No graphics, text, icons, names, logos, scripts, scenarios or photos from this site may be used without permission.
Publié par PYGOD à 12:06