I always thought that I was THE King of Body Transformations and bragged about it. However I discovered a couple of days ago that this title rightfully belong to someone else than me. This someone else is Mr. Universe 1959 Bruce Randall. 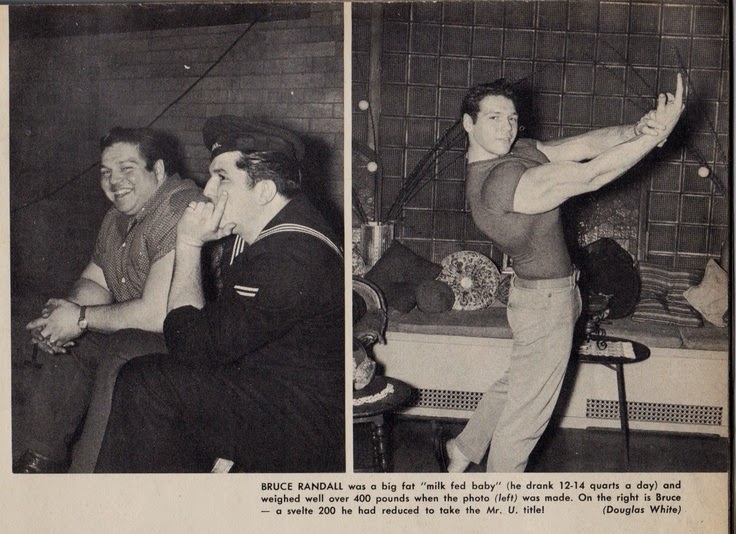 Here below is everything you need to know about Bruce Randall. 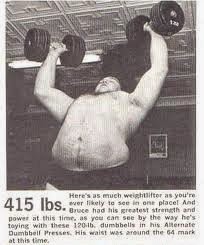 By the time his weight hit 380 pounds, Bruce was pushing the following weight:

But he looked upon himself as a big "bulk of rock" and his barbells and dumbbells were his "hammer and chisel" as though he were a sculptor. 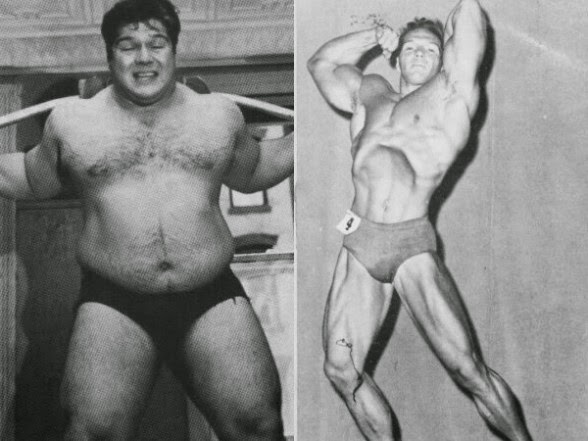 No gastric bypass surgery, no lipo, no fat burners. 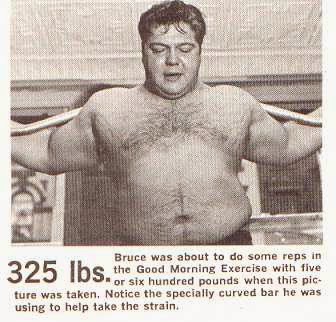 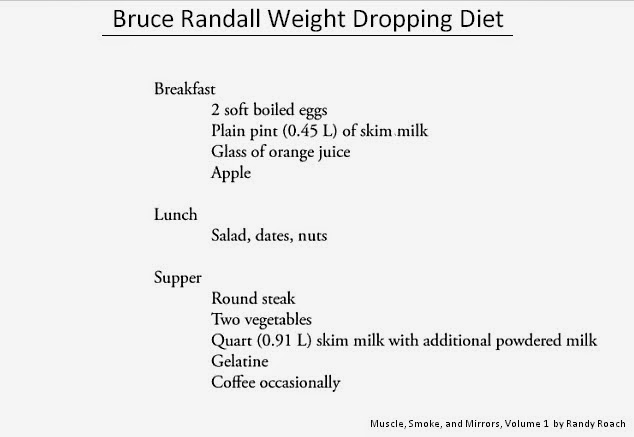 Just like mister Randall, I understood that the heavier you get the stronger you will become. I aimed to be a 500-pound version of Mark Henry. Nothing less!

Mister Randall dropped a record 218 pounds in 8 months!!!
Yours truly needed over a year to lost 100 pounds.

As we both can attest, bulking up is a lot harder than cutting down.

Unlike me, mister Randall stated that he was confortable carrying 400 pounds around. While at 325 pounds I felt like shit!! I felt heavy, breathless, bloated from too much forced feeding. I had gastric reflux, seemed intolerant to everything (lactose, fructose, food in general). I was sick and tired of overfeeding myself!! I was suffering from heel ailments (épine de Lenoir) and had to wear foot orthotics because I was too heavy for my small bone structure.

Just like mister Randall, I am blessed with having a very good, mark-free, high quality skin. Nonetheless unlike mister Randall who was most likely a big boned man, I have a small bone (7-inch wrists) structure.