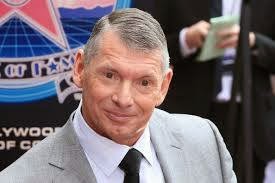 During the ’80s, Mr. McM...ahon transformed WWE from a regionally-run business into a national juggernaut, bringing wrestling into the mainstream and pioneering the use of pay-per-views in the process. In the ’90s, he launched the ever-popular Attitude Era, highlighted by his rivalry with “Stone Cold” Steve Austin. By 2001, he purchased rival WCW. And ever since, he’s entertained the WWE Universe in more ways that can be counted, clashing with D-Generation X, Randy Orton, Bret Hart, Hulk Hogan, Donald Trump and even his own children, Shane and Stephanie.

McMahon’s been blown up, buried beneath an exploding stage, shaved bald and fingered as Hornswoggle’s illegitimate father. He’s given away millions of his own money, locked lips with Rikishi’s posterior and withstood the pain of being relieved of his day-to-day duties by his own son-in-law, Triple H and WWE’s Board of Directors.

In 2012, Mr. McMahon endeared himself to the WWE Universe with a series of crowd-pleasing power plays. He removed the unpopular John Laurinaitis from the post of Raw and SmackDown General Manager and he tried tirelessly to beat respect into irreverent then–WWE Champion CM Punk. Calling out Punk’s right-hand man, Paul Heyman, for apparently maintaining a secretive affiliation with the destructive Shield spelled trouble for Mr. McMahon. Just as it looked like the WWE Chairman was going to terminate Heyman, Brock Lesnar made an unannounced return to WWE in stunning fashion, by F-5’ing Mr. McMahon! The vicious attack broke the WWE Chairman’s left hip, forcing him to undergo hip replacement surgery days later.

Valiantly, Mr. McMahon returned mere weeks after surgery to challenge Heyman to a fight. Interrupting the hotly anticipated brawl was another unexpected appearance by Lesnar. This time, however, the former mixed martial artist was cut off by a returning Triple H, who brutalized the perpetrator of his father-in-law’s assault.

The WWE Chairman’s been battered, humiliated, rendered incontinent (thanks, Stone Cold) … and yet he plods on like an evil Rocky Balboa, refusing to go down for the count. Belligerent, cocky, always spoiling for a fight, Mr. McMahon is the personification of steel balls. He walks to the ring like he’s got a pair, and WWE fans love him for it.