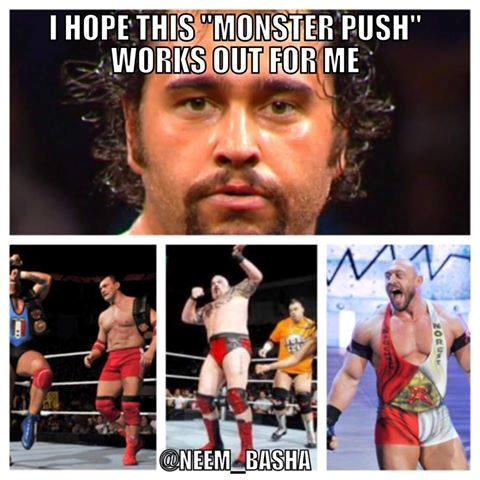 Yes, personally I think that Alexander Rusev monster push will end up like bullshit.

From past to present, it's has always been that way in WWF/WWE.

Pro wrestlers with humongous physiques almost always get a monster push in their WWE debut but almost always end as glorified jobbers.

The worst example you can get is the Great Khali. From an undestructible World Champion to a pure bottom of the barrel jobber. KHALI WAS DEFEATED BY 3MB HEATH SLATER!!!!


For every Bill Goldberg there is 100 Brodus Clay.


But I can bet my last dollar that Alexander Rusev won't be the next Brock Lesnar.