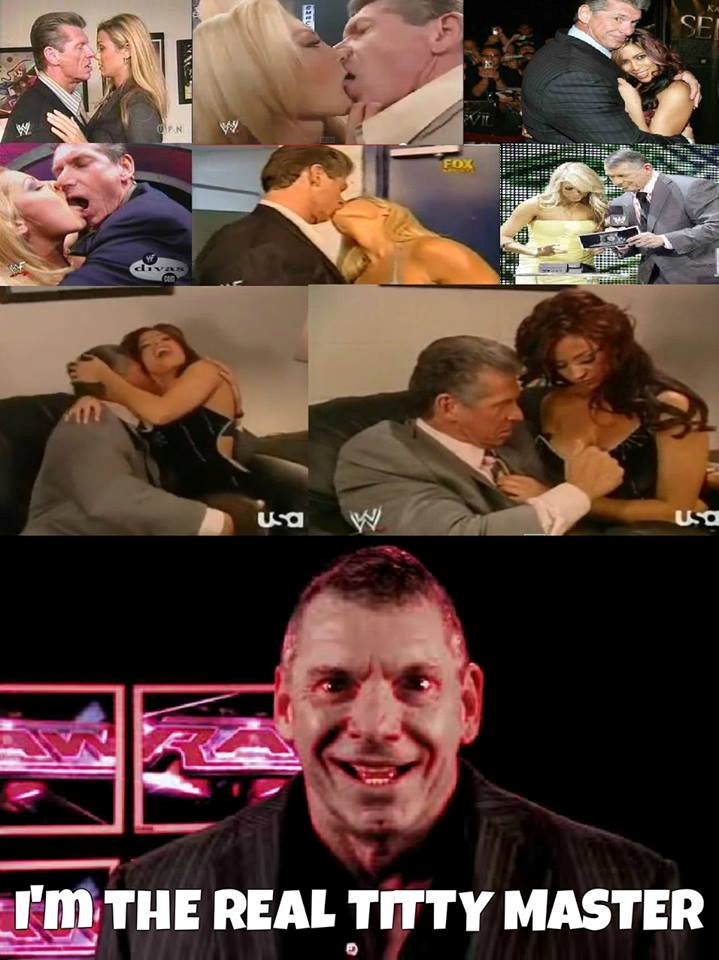 Rusev vs. Big E Singles match
Rusev, I hope. Big E is so blank, boring, and lame on the mic.

Bad News Barrett (c) vs. Rob Van Dam Singles match for the WWE Intercontinental Championship
I've got some bad news for you... Bad News Barrett all the way!  Since RVD's number of yearly appearances is limited. This one is an obvious choice!

Sheamus (c) vs. Cesaro Singles match for the WWE United States Championship
Cesaro, I wish. Since Cesaro is on a big push.

Paige (c) vs. Alicia Fox Singles match for the WWE Divas Championship
Alicia Fox I wish. She is crazy - since two weeks - and I love it. And Paige didn't deserves to be Divas Champion.

Will Daniel Bryan surrenders his WWE World Heavyweight Championship to the devious Stephanie McMahon or will he lets her fire his wife Brie Bella?
???? I think that he will surrender his belts since in reality, it took several weeks to heal and recover from a neck surgery.

But if Daniel Bryan isn't the World Champ who will be? Sheamus? Beurk!... Randy Orton? John Cena? Please no! I've seen enough of them in the last ten years... Triple H? No way! Cesaro? He isn't ready for the big time... A big question mark on who will fill the void left by Daniel Bryan's "absence". Not really an absence since he seems to keep an on-screen despite being unfit to wrestle.

John Cena vs. Bray Wyatt Last Man Standing match
Will John Cena wins this one? Ehhhh???? No, I think Bray Wyatt will wins this one with some kind of twisted demeanor.
Will it be a Sting interference this time????


Overall I predict a very entertaining night as it is usual with the WWE Pay-Per-Views. THE match I want to see is Evolution vs. The Shield.

Have a nice show this Sunday night! 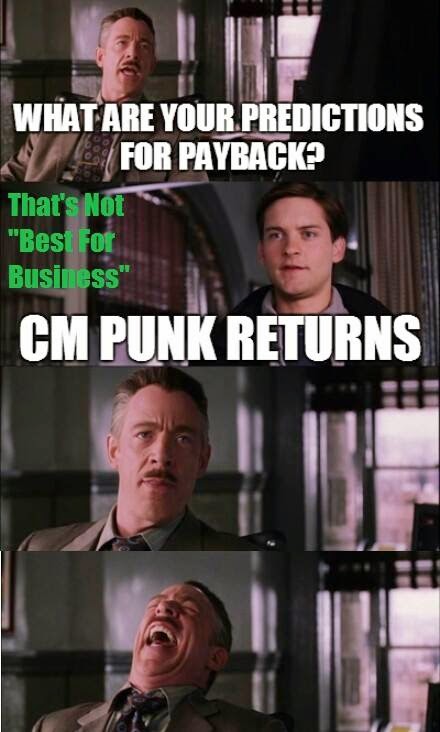 Cesaro vs. Kofi Kingston
Cesaro defeats jobber to the stars Kofi Kingston. I actually wrote the result before the end of the match.


The Shield vs... fuck! I thought it was a 3-man tag team match vs. 3MB!!!
It is just a Shield promo in-ring speech to shamelessly plug their match vs. Evolution this Sunday at Payback.


Divas Champion Paige vs. Tamina
Paige submits Tamina despite the distraction of the crazy Alicia Fox. 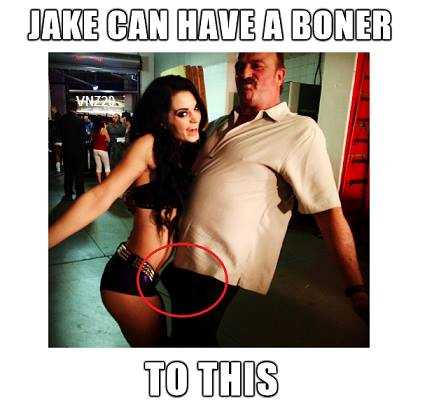 Bo Dallas vs. Xavier Woods
It is not too hard to figure out that Bo Dallas will win this match hands down.
Bo Dallas defeats Xavier Woods.
Bo Dallas is 3-0 (2 wins vs. Sin Cara and 1 vs. Woods)
BO LIEVE

Eva Marie vs. Summer Rae
The crowd didn't give a fuck about this boring match... Thanks to the distraction of Fandango kissing Layla, this fuckin' match is over and Eva Marie pins Summer Rae.

Message to Cenation. Fuckin' bullshit boring Bray Wyatt time-filling speech. I skip this shit!!!  It become interesting when Bray Wyatt calls out TV commentator Jerry "The King" Lawler to talk to him in the ring. Lawler didn't have any desire to go... JBL try to be a hero and get his ass kicked... Jerry Lawler has no other choice than to get in the ring with Bray Wyatt to be sermoned... John Cena comes to the rescue of his friend Jerry Lawler... The Usos rescues Cena and Lawler... The crowd is booing... John Cena make a speech to promote his Payback pay-per-view match vs. Wyatt.

Zack Ryder making his entrance waving the United States flag. He is probably the designated jobber for the Raw debut of Bo Dallas. Oups! It wasn't! Instead of losing to Bo Dallas tonight, Zack Ryder will lose to Rusev.
Rusev w/ Lana vs. Zack Ryder
Rusev destroys Zack Ryder under a minute.
Big E run into the ring to fight Rusev... Big E throw Rusev out of the ring and waves the U.S. flag chanting USA, USA, USA...

Evolution (Batista & Randy Orton) vs. Cody Rhodes & Goldust
Randy Orton pins Cody Rhodes after two RKO in a row.
The announcer announces that the match is turned into an elimination no-holds-barred match. Randy Orton & Batista double teams the hapless Goldust til a RKO and a Batista bomb. Batista pins Goldust.

Will Daniel Bryan surrender the WWE World Heavyweight Championship?
NO! NO! NO! That's for sure!
Stephanie McMahon in the ring with Daniel Bryan... Daniel Bryan refuses to give away his championship... Stephanie gave him the choice, if he doesn't surrender his title at Payback, this Sunday. His wife Brie Bella will be fired.


The Shield vs. Evolution Payback contract signing
Evolution are on the receiving end of a beating til Triple H grabs a sledgehammer under the ring and destroys everybody with it.
It all ends with Roman Reigns getting a Triple PowerBomb through the commentator table. Outch!

Evolution is a Mystery

Not an up to date post since it was during the Hogan-Bischoff era. Things has been even worse since Hogan & Bischoff are gone from TNA iMPACT Wrestling. But it still illustrate how much TNA Wrestling sucks next to the almighty WWE. I've re-published a very interesting post written by Michael Imperzonal. The original link of this article is: http://wrestling-valley.blogspot.ca/2011/07/over-50-reasons-why-tna-sucks-and-over.html 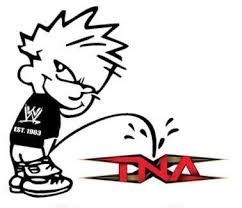 1. Too many "Should already be Retired" Wrestlers.
2. Depleted Roster - only 4 people left for each division.
3. They Mention WWE wayyyyyyyy to much! every promo is about WWE.

4. They got rid of the cool matches and the 6 side ring - which made them unique. now its just boring same old bullshit.
5. every TNA Impact starts off with a 30 minute run long Promo!
6. they talk about "The Network" and "Ratings" way to much for a show that gets LOW Ratings EVERY Week since 2002
7. There's No Action - less then 20 Minutes of InRing Time on a 2 hour show.
8. washed up guys get the Push
9. Talented Workers are used for mid card jobbers.
10. lack of hype over big matches and PPVs, half the time i never even know when a TNA ppv is coming up.
11. They Hire guys that killed WCW to save TNA... makes NO Sense at all !
12. Hogan an bischoff need to be a mental hospital or old folks home... not running a company.
13. Jeff hardy the face of tna cant stay out of the courtroom long enough to wrestle a match. and when he does, he is so fucked up it cant run longer then 15 seconds.
14. Samoa Joe, Aj Styles, Kazarian, Beer Money, etc guys are still midcarders. no Push, yet they push ex wcw and ex wwf guys like anderson and rvd and hardys
15. constant bullshit endings - main events ending in less then 1 minute. and main events ending with DQ and Countouts for the past 7 weeks now.
16. No Wellness Policy
17. They never amount to anything - after 9 years, still drawing a 1.1 rating which is Pathetic.
18. always perform shows in the same arena of 800 people. most of which are getting in for free and they have to Black'out the arena to hide the empty seats.
19. They dont understand the meaning of "heel and face" one week a guy is heel, then face, then heel, its ridiculous, you dont know whether to cheer or boo.
20. They think they are this big Company. when really its a low rent, tax expense, low budget, poor ratings, shitty matches, mediocre wrestling company that goes more and more in debt every day.
21. dont know when to stay retired. sting retires, then comes back, leaves, comes back, given the title the minute he returns.
22. The Knockouts division only has 8 knockouts, and they are supposed to carry a knockouts title division and a knockouts tag division.. ridiculous.
23. they fired guys like elix skipper, homicide, petey williams, Low ki, Hamada, Taylor wilde, chris harris, johnny devine, Lance Hoyt, Jimmy Rave, Chris Daniels, etc etc etc. just so they could hire guys like flair, hogan, bischoff, mick foley, matt hardy, orlando jordon, Nasty boys, like WTF they cant even work!
24. The "best tag team division in the world" -- they have 2 teams that are any good at all. The Guns and beer money. thats not a DIVISION, thats a MATCH.
25. The "Knockouts are better then Divas" sure, because nearly all the knockouts are former Divas! - Mickie James, Cheerleader Melissa (Alyssa Flash) ,Tara, Winter, Christy Hemme, Velvet, Angelina, etc have all been under wwe contract.

26) their employees can't stay out of trouble for 2 minutes-if it's not Jeremy Borash telling people they should "die", it's Jeff Hardy smashed out of his gourd again, and now Kurt Angle arrested for the 3rd time in 4 years.

27) "Ditsy" Carter has NO CLUE about pro wrestling ..You could easily write 50 things wrong with this company.  genMe split up, no longer a tag team. Ink Inc have now split up. they have no tag teams left.

TNA Releases Since 2010 - Debut of Hogan and Bischoff :

Over 30 Reasons why WWE is better then TNA

All credits for this well-written article are to Michael Imperzonal. The original link of this article is: http://wrestling-valley.blogspot.ca/2011/07/over-50-reasons-why-tna-sucks-and-over.html
Publié par PYGOD à 15:32 Aucun commentaire:

Did you know that Payback will take place at Chicago, Illinois? CM Punk hometown.

But do you seriously think that he will be back this Sunday? 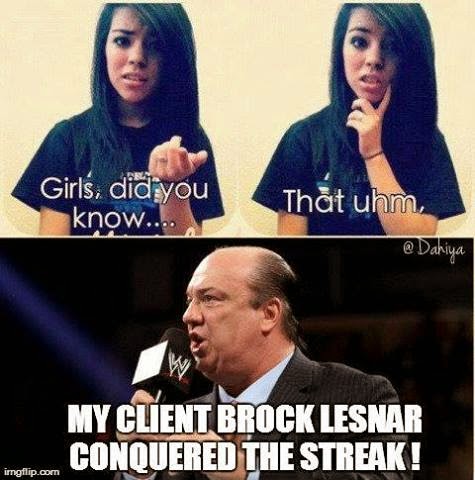 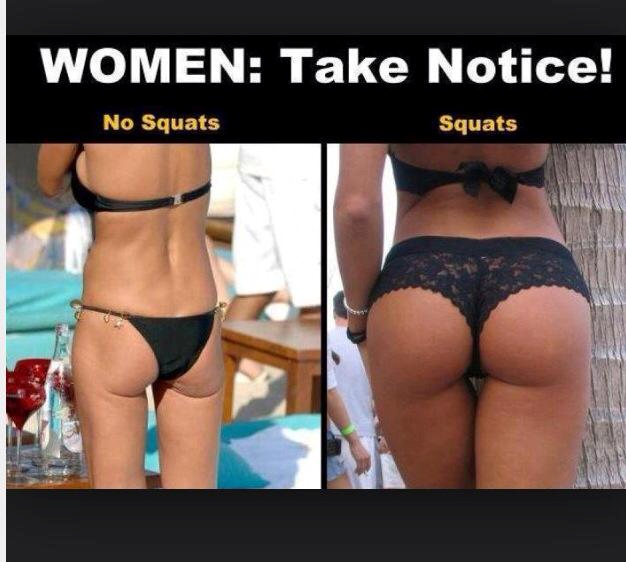 
U.S. Champion Sheamus vs. Alberto Del Rio
Shame-anus wins by disqualification when he is attacked by Cesaro.