John Cena in-cage speech... Why did I deserve to get my ass kicked last week? "YOU SUCK!" chants... The WWE Universe forced Cena to face all three members of the Wyatt Family. A mixture of cheers and boos. John Cena says that the world doesn't stand a chance against Bray Wyatt. What? Hitler, Alexander the Great, Napoleon, Genghis Khan all failed in their attempts to conquers the world. Why should Bray Wyatt with his "army" of two unarmed bearded hillbillies could succeed? The world doesn't stand a chance vs. Bray Wyatt but only superman John Cena stands a chance against Wyatt?!!? Another very very stupid script and WWE storyline. 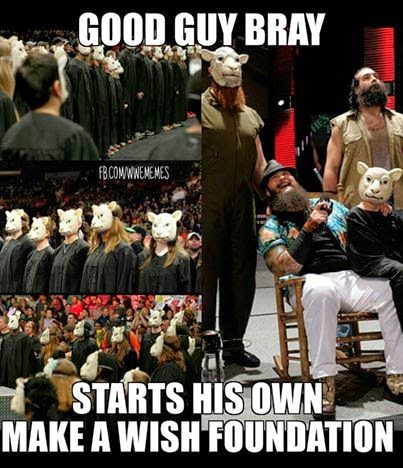 A chorale of children chanting Bray Wyatt's favorite song "He got the whole world in his hands"  Then Bray Wyatt laughs like a psycho while the children are standing all around the ring wearing sheep masks... John Cena looks desperate.


Paul Heyman and Cesaro backstage segment. Heyman admits that he is a liar, conniving, and ruthless. But that he leads his clients to the top.


Titus O'Neil vs. Sheamus
O'Neil ambushs Sheamus in a pre-match attack from behind.
Nonetheless Sheamus only need a single Brode kick to defeat Titus O'Neil.

Hugh Jackman (X-Men Wolverine) gettin' his ass licked by Dolph Ziggler. Then super zero Magneto AKA Damien Sandow dressed as a gay version of The Undertaker. Magneto try to use is not so superhuman power on Ziggler and Jackman. Big surprise! It doesn't work and Hugh Jackman hiptoss Magneto and Ziggler finish him. 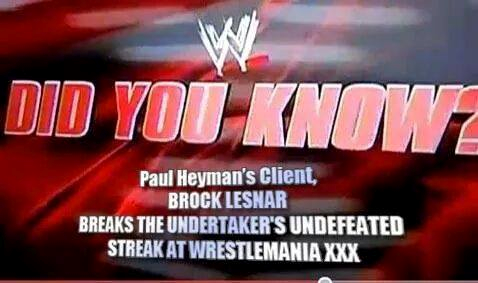 Stephanie McMahon apologizes to Daniel Bryan
﻿﻿Daniel Bryan came out with his sexy wife Brie Bella. Wow! Brie Bella is so fuckin' sexy! Daniel Bryan says that Stephanie is full of crap. Stephanie looks sincere when she apologizes but she probably isn't.
Divas Champion Paige vs. Brie Bella w/ Daniel Bryan
A no-contest. The match is interrupted by Kane entrance. Kane merges from underneath the ring having the same idea as me, trying to bring Brie Bella with him. But Brie barely escapes... Daniel Bryan hits Kane between the eyes with a monkey wrench. However the indestructible Kane rises up and choke slams Daniel Bryan.

The annoying and fake Stephanie McMahon trying to apologize to Daniel Bryan and Brie Bella backstage. Brie Bella yells "Get out! You bitch!" That Stephanie. That was the call of the night!

What! Ric Flair supports The Shield?!!? What a bunch of bullshit!
Can you imagine Ric Flair dressed as a Shield member?

Roman Reigns w/ The Shield vs. Randy Orton w/ Evolution
31 World Championships between these three. Now with Ric Flair in the ring, that's 47 world titles. Yes Ric Flair make a very pointless apparation supporting... The Shield then returns to the dressing room??? All that hype for nothing?!?
All hell break loose outside the ring! A no-contest or a DQ win for The Shield?!?  Evolution trashed and destroyed The Shield but... miraculously, The Shield managed to do an unlikely comeback and kicked Evolution's asses out of the ring??? 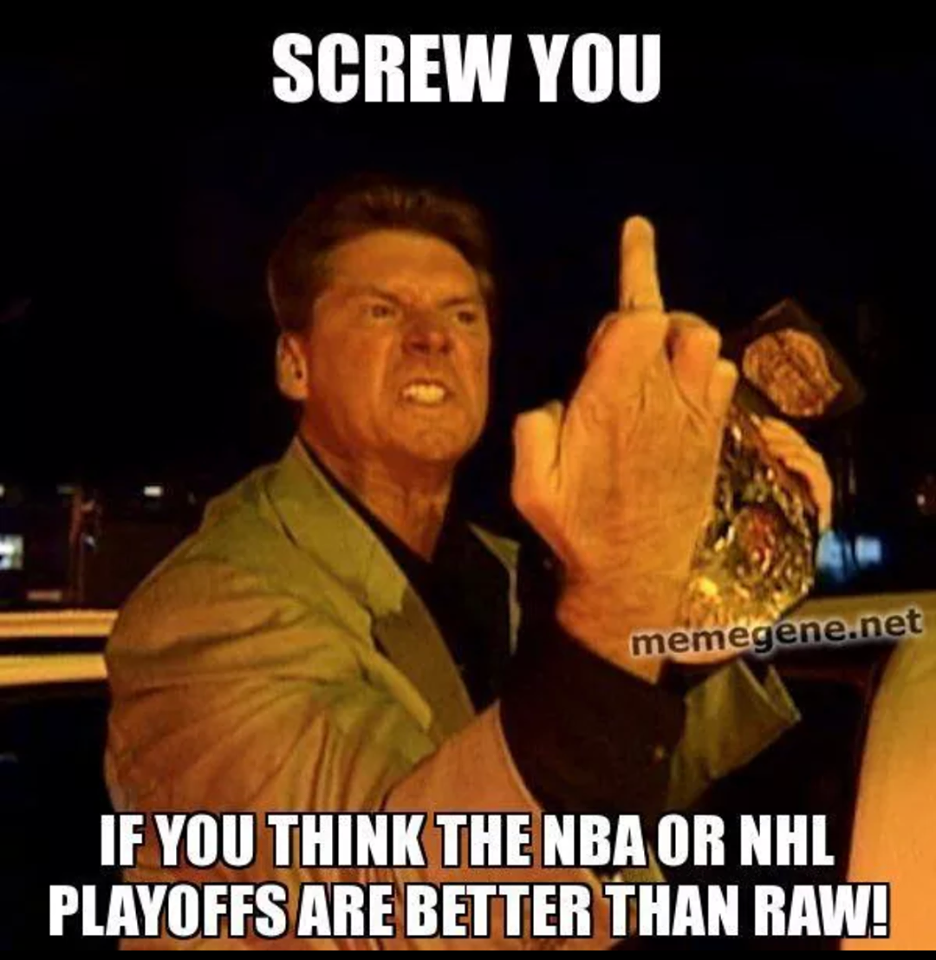