My initial thoughts on this pseudo-BKB before I've actually see the event...

Eric Fowler and Carl McNickles are the headliners of BKB 1 with a combined boxing record of 8-5. As if it wasn't bad enough, both fighters are 135-pound assclowns! 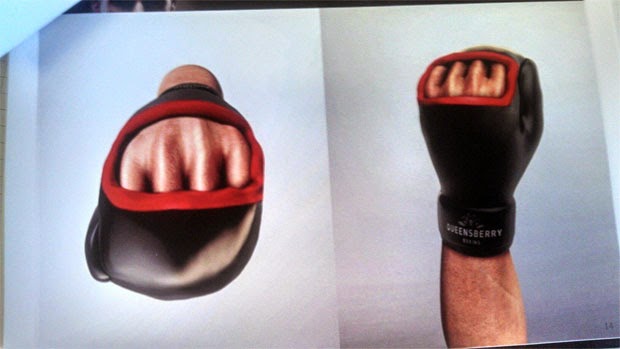 Look at those fuckin' silly "bareknuckle" gloves! To call this crap Bare Knuckle Boxing is a shame for all the early BKB pionners!

HOWEVER the card BKB 1 was described as entertaining by a reviewer Lucas Biggers. Offering high excitement from the heavy hands and the knockouts. Reading this I said to myself, it seem to be somewhat good!?!

Indeed it was a lot better than I thought and the fighters were visibly pro boxers. 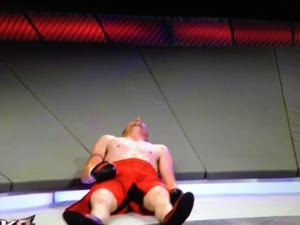 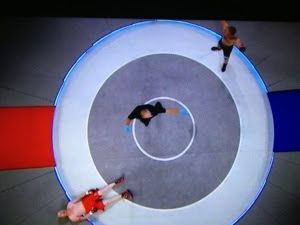 
2013-07-28 Bare Knuckle Boxing I
This new series brought to you courtesy of DirecTV involves boxers fighting in a "pit" with no ropes. There's nowhere to run but plenty of glove to hide behind despite the bare knuckles... Former world champion and 2002 trainer of the year Buddy McGirt was on commentary and hall of famer Michael Buffer did "pit" announcing. 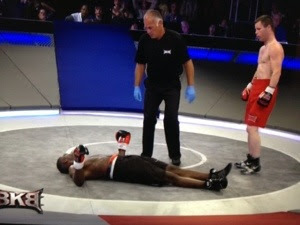 Eric Fowler TKO1 Carl McNickles
This was an unexpected main event considering some of the fighters on this card, but it ended in spectacular fashion. A 3 punch series of hooks knocked McNickles out cold. McNickles looked gone after the very 1st shot but his knees didn't buckle. Somebody really could have yelled "tiiiiiimmmmmmbbbbeerrrrrrr" as McNickles toppled over, not that I'd ever consider doing something so shameless... Anyways, given Fowler's amateur boxing pedigree, BKB just may have a future with this lightweight.
Jason Gavern TKO6 Willie Perryman
Taneal Goyco TKO4 Jason Naugler
This was about as good of a 1 sided 7 minute fight as you can get (all rounds are 2 minutes in BKB).
Julian Pollard TKO2 Randy Smith
Bryan Abraham TKO2 Chris Russell
A beautiful right hook separated Russell from his senses. I think I'll add it to my year end highlight video...
Eddie Caminero TKO4 Marteze Logan
This should have been a DQ victory as the referee stopped the fight simply because Logan did too much holding, but whatever...
Jesse Orta TKO1 Brandon Chagnon
Louis Webster TKO2 Mike Jackson
Farkhad Sharipov UD5 Matt Doherty (50-46, 50-45, 49-48)
Chris Traietti KO2 Larry Hopkins
Hopkins, the same man that dropped a decision to Dewey Bozella 2 years ago, was KOed by a headbutt in his BKB debut. The referee ruled no knockdown but counted to 10 when Hopkins remained on the pit floor... 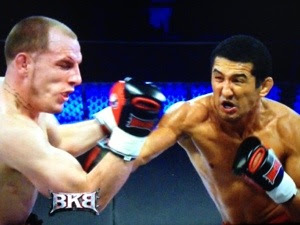