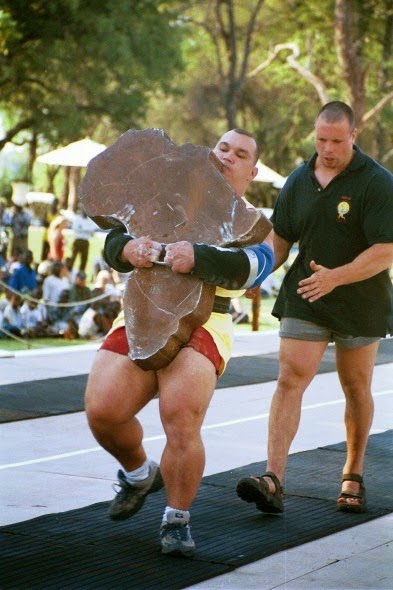 Stumpy's arms were to short to grab the stone so he was permitted to use a ring. The other competitors complained about the unfair advantage. 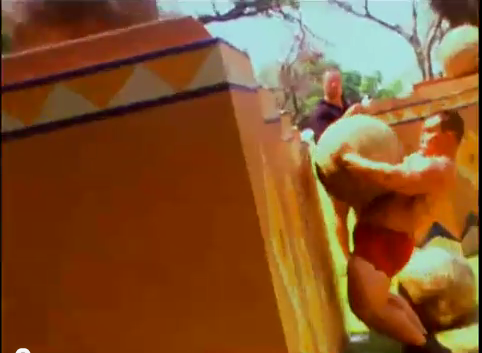 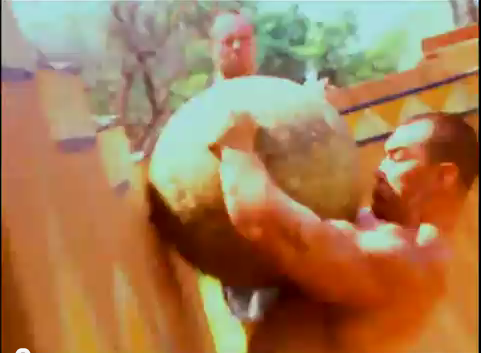 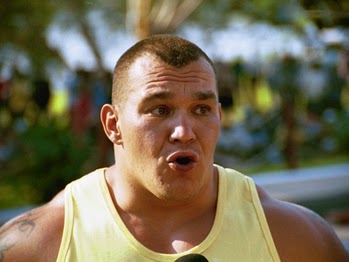 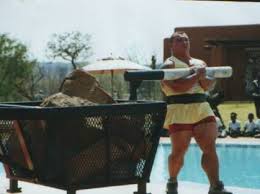 5'3" and 275lbs of muscle! He is the shortest strongman to make it to the finals at WSM. He took last place in 2001 but it wasnt strength it was heigth that did him in. In the strength movements like the squats and deadlifts he was on top but atlas stones forget it.

Andy 'Stumpy' Raynes was both a European powerlifting champion and a Junior Mr Universe.

Stumpy is at far right. Look at those "legs" - can I say legs or tree trunks - the guy is so big and stocky that he is probably unable to get his clothes on by himself. What about wiping your ass after dumping a shit when you are that big and short!?! 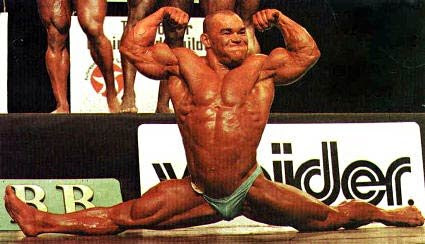 Stumpy as a competitive bodybuilder.
He was obviously leaner at the time.
Publié par PYGOD à 14:50