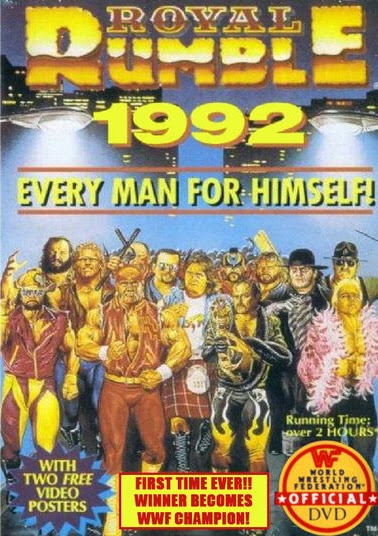 The 1992 Royal Rumble Match was unique in that the WWE Championship was on the line, making 30 men potential champions. Ultimately, it was the winningest World Champion of them all who emerged from spot No. 3 to claim victory: Ric Flair.

Re-live the greatest royal rumble ever, now with added entrance music! It gives an altogether different yet unique experience!

A new entrant came out approximately every 2 minutes.

The Royal Rumble 1992 was the best, greatest wrestling match ever! At least it was and still is my favorite.