Randy Orton (c) vs. John Cena Singles match for the WWE World Heavyweight Championship Winner will only be declared either by pinfall or submission.
I can see a win for John Cena for this one. I just hope it will be a clean match without outside interference unlike the TNA Magnus fiascos versus A.J. Styles and Sting.


Big Show vs. Brock Lesnar Singles match
I believe that Brock Lesnar will win this one, clean or, probably, with some help from Paul Heyman. The A+ main event player Brock Lesnar accepted to be manhandled and overpowered two times on Raw by the Big Show. Most likely, it was his compromise to beat the Big Show at Royal Rumble.  As we know, huge draws like Brock Lesnar and The Rock have a lot of influence on their own matches results.

Hierarchy of Power in the WWE

and very very VERY down below... 3MB


Daniel Bryan vs. Bray Wyatt
A win for the extremely popular Daniel Bryan is the most likely scenario here... But a Wyatt Family destruction of Bryan is also possible... Maybe CM Punk gonna save Bryan's ass?  To pursuit the feud, a Bray Wyatt win (with a lot of interference) is a possibility. 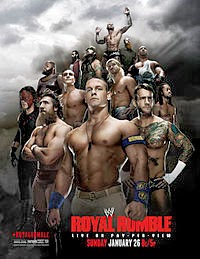