20 years apart.  It was nice to see two of the greatest fighters of all times sparring together.  For those who don't know, Royce Gracie is one the top 3 MMA fighter of all time.  And probably the greatest UFC fighter past, present, and future. 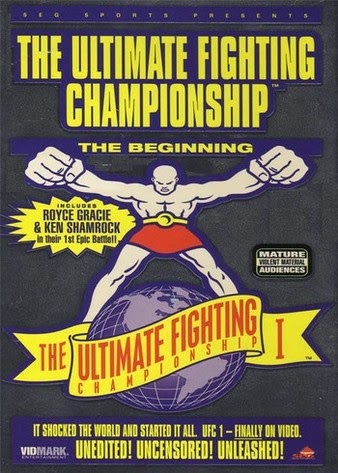 
Twenty years ago, it was the first ever UFC.  UFC was The Big Thing.  No rules, no gloves, no shoes, no rounds, no time-limit, no weight categories, no drug testing, nothing stupid and crappy.  Just two warriors colliding in the Octagon.  It was fighting at his purest form.  It was great!

In an 8-man elimination 1-night tournament.  So to win the UFC Championship, the 6'1", 175-lb Royce Gracie needed to outlast 3 bigger and stronger fighters in order to get the title.

ROYCE GRACIE IS THE BEST UFC FIGHTER OF ALL TIME!!!