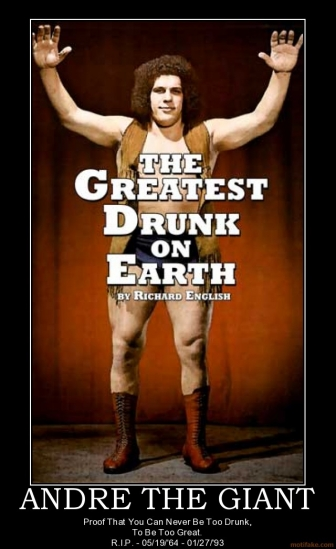 “It usually takes two liters of vodka just to make me feel warm inside.”

Andre the Giant aka Jean Ferré was, and will forever be, the greatest drunk on earth.  Believe it or not, the man once drank 156 beer in one sitting.  Which mean, that Andre drank more than 73 liters of beer. 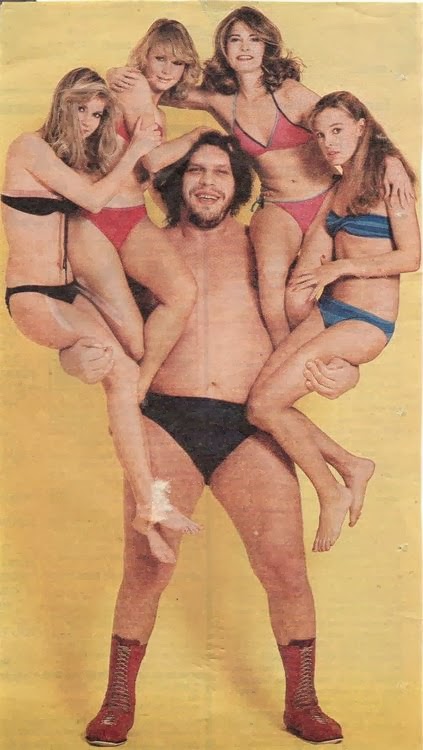 Andre the Giant needed to drink half a gallon of vodka just to be a little "feeling".

His daily routine was to drink 7,000 calories worth of booze every day.

An entire website is dedicated to his drinking exploits.

Drank more than 100 beer in one sitting on several occasions. 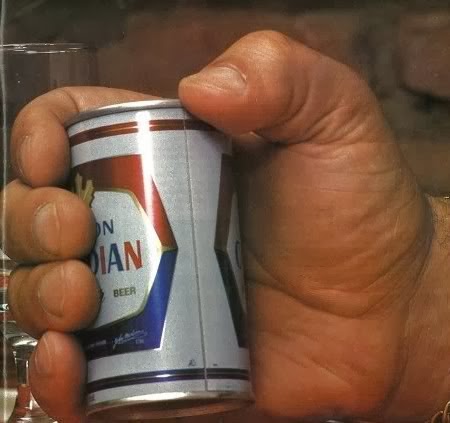 No stretching and cardio for Andre.  He would drink 2 dozen quarts of beer as a warm-up before a wrestling match. 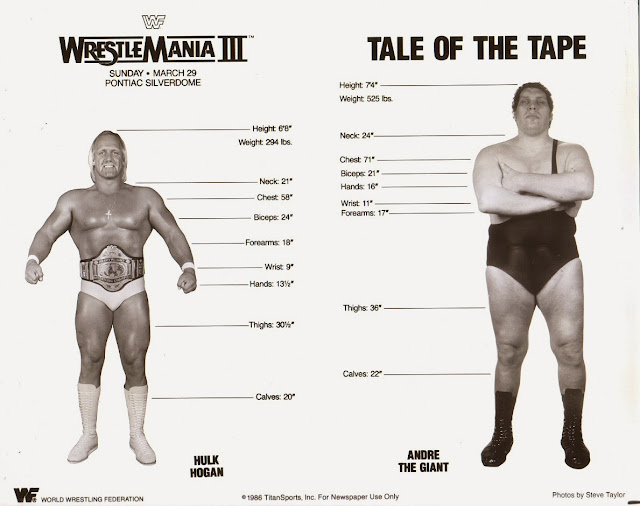 Drank 14 bottles of wine prior to his WrestleMania III main event with Hulk Hogan.

Andre was a man of huge appetite.  He could eat 12 steaks and 15 lobsters in one meal.

Plagued with gigantism and acromegaly diseases. Andre the Giant knew from the beginning that his life would be dramatically shorten.  So he choose to live his life to the fullest.  Living every day like his last day.  Overindulged in everything he wanted.  Nonetheless, he died at the age of 46.  A record, if we took his excessive drinking and eating into account.


Andre the Giant's booze abuse helped him to numb his back pain related to his overweight and ill-condition.


Money wasn't a problem for Andre.  Andre the Giant was the biggest draw in pro wrestling.  The Guinness Book of World Records claimed Andre made $400,000 in 1974, his first full year based in the USA.  Andre might make $15,000-$20,000 for a single appearance at Madison Square Garden.  So he had more than enough money to overindulge in everything he could.

The December 1981 issue of Sports Illustrated listed his typical daily consumption of a case of beer, two bottles of wine, up to eight shots of brandy, around six Bloody Marys and the occasional glass of Pernod.  Andre was 31 years old at the time. 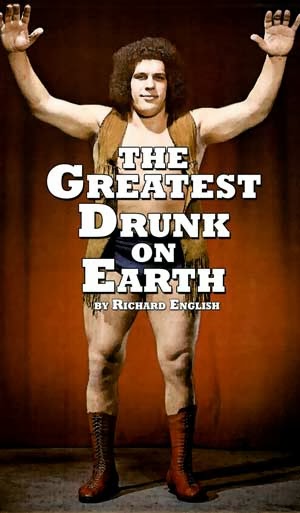