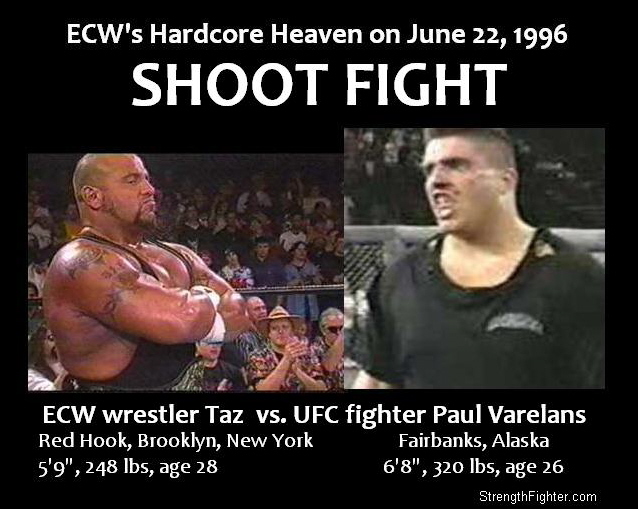 Watch as Taz, the Human Suplex Machine of Extreme Championship Wrestling (ECW), from the Red Hook section of Brooklyn, takes on "The Polar Bear" Paul Varelans, an Alaskan mixed martial arts fighter famous for his appearances in the Ultimate Fighting Championship (UFC) from 1995 to 1996, on June 22, 1996 at ECW's Hardcore Heaven event in this infamous shoot-fight matchup that helped fuel the popularity of ECW.