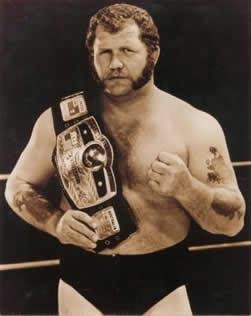 Harley Race would have been MMA champ - Ric Flair


Check out Ric Flair thoughts about MMA and the pro wrestling today's state.


WNZ: If you were 21 years old today, do you think you’d go into MMA instead of pro wrestling?
RF: No, I wouldn’t (go into MMA).  I will watch MMA if someone I know is actually in it, but all the guys I know personally are gone. Liddell’s gone — he’s a good friend.  Ortiz is gone — he’s a good friend too. Brock Lesnar is gone.  The other guys now, I don’t watch, because I don’t care about them. But I’ll tell you: I have been in matches with Bruiser Brody that were tougher than any MMA match! Especially in Tokyo. Same thing with Stan Hansen. Try getting in the ring with him one time in Tokyo, brother. Good lord! And F.Y.I., nobody in MMA could have beaten Harley Race or Dick Slater. Those guys were just that tough. And remember Haku? Don’t ever think that anybody would mess with Haku. If he was a young guy and he got into MMA, my god — he’d have done everything! He was the toughest son of a bitch I’ve ever met in my whole life. No lie, take my word for it.

WNZ: Do wrestlers still need that kind of toughness?
RF: No, the business has changed. You don’t really have to be tough to be a wrestler anymore. When I was in the business you had to be tough to be a wrestler. It was a riot — that’s the way it was. It was a very hard, tough, grueling competitive business. When I was younger, if you didn’t work you didn’t get paid, so you went to work whether you were hurt or not. That was tough!


Just like any other sport, wrestling faggotizated with time.  No more real tough guys needed.

By the way, I didn't know Dick Slater was a legit tough guy.  Except with a knife against his girlfriend.