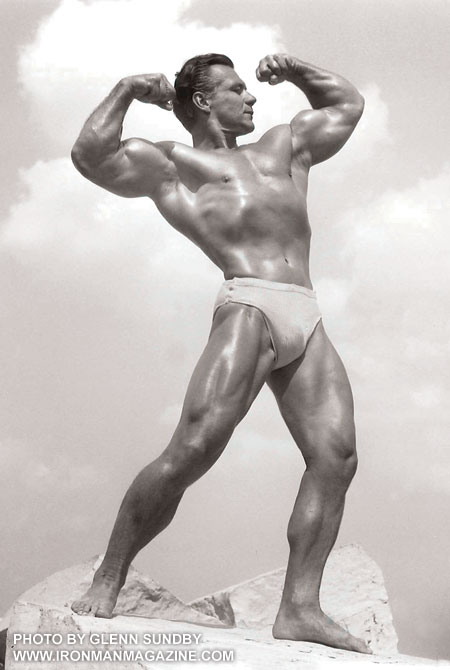 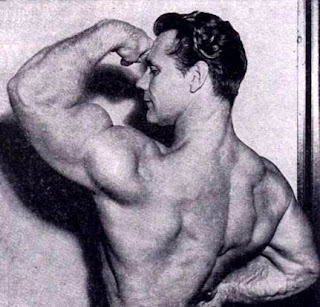 John Grimek was a bodybuilder, an Olympic-style weightlifter, an all-around strongman, a gymnast, and a complete strength athlete.

Mainly known as a bodybuilder, John Grimek entered more weightlifting contests than bodybuilding contests.  In his prime, he was one of the strongest men in the world. John Grimek is the only man in history to ever win the Mr. America contest and represent the USA in weightlifting in the Olympic Games and at the World Championships.

Here some of Grimek's feats: 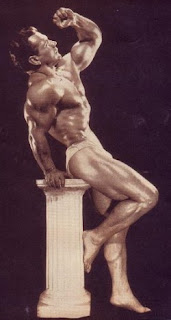 - 1939 York Perfect Man
- 2-time Mr. America "America's Most Muscular Man" winner in 1940 and 1941.  Was so dominant that the "Grimek Rule" was instaured which barred former winners to re-entering the contest.
- Won the 1946 "Most Muscular Man in America" at 36 years old.
- Won the NABBA Mr. Universe Short & Overall in London, England at 38 years old in 1948.  Becoming the first Mr. Universe.
- Won the AAU Mr. USA title in 1949 after coming out of retirement at nearly 39 years old defeating young sensation Steve Reeves.
- Retired undefeated in amateur and professional bodybuilding competition
- Was and still is featured in countless bodybuilding articles and magazines
- Was inducted into the IFBB Hall of Fame in 1999 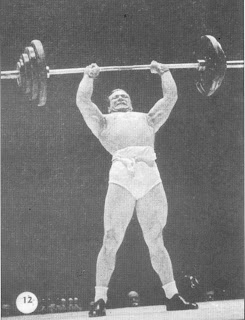 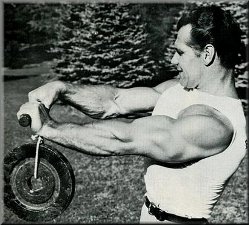 - Although not a full-time professional he performed in tours and exhibitions throughout the United States.
- Military pressed 285 or 290 pounds at every show.
- Continental pressed 305 or 315 pounds- all of this at a bodyweight around 200 pounds.
- 285 pounds reverse overhead press (with back bend)
- pressed simultaneously two dumbells weighing 110 and 125 pounds.
- All-around Strength: Excelled at moving a huge weight in a short movement, weightlifting, deadlifts, squats, leverage, odd  feats, strongman stunts, supports in any position.
- Grip Strength: Excelled at bending iron bars and spikes, breaking chains, card tearing, ripping telephone books, grip test, rope climbing, wrist wrestling, hitting a poker over his arm until it bend.
- Continued serious weight training for many years, still able to squat over 400 pounds for reps in his late 60s. 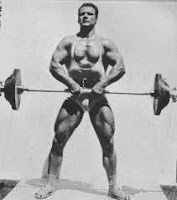 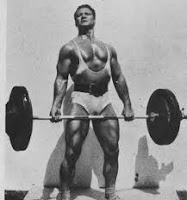 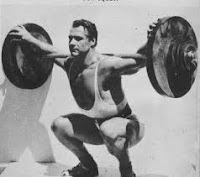 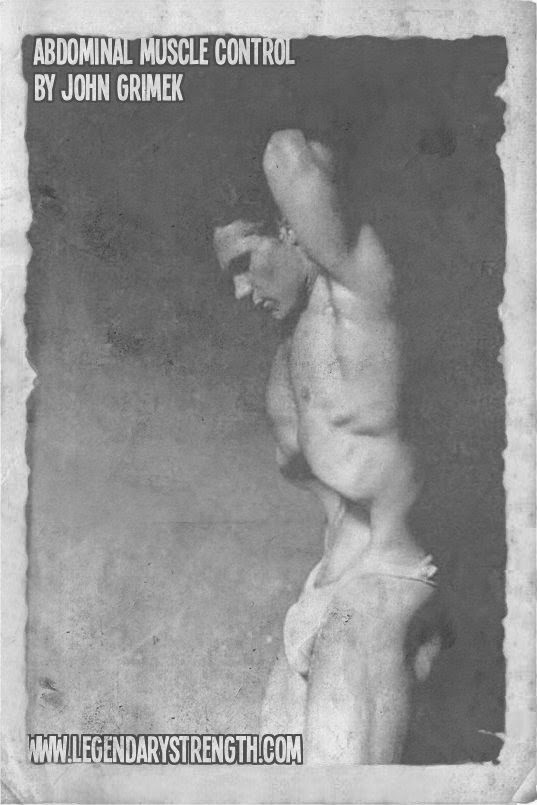 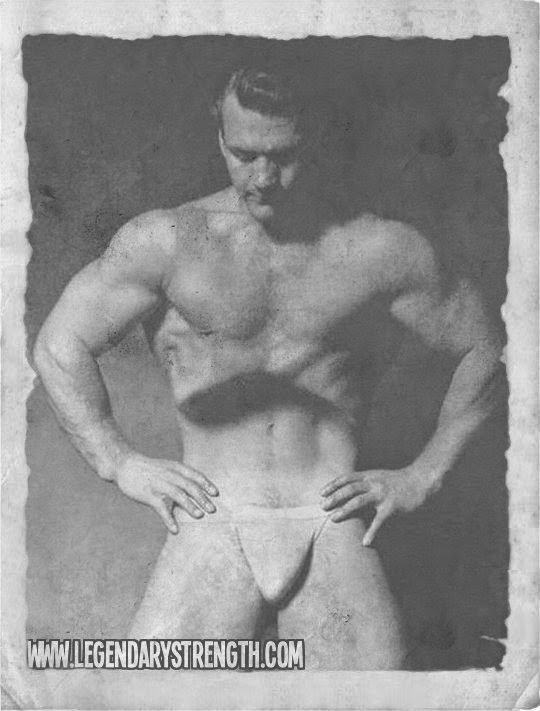 John Grimek shows one of the most impressive abdominal vacuums ever seen. He outperformed the famous Ringling Brothers Circus performer “the man without a stomach” back in the 30’s. 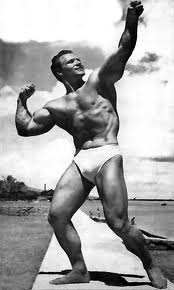 
His training
consisted on presses, dumbbell presses, squats, power cleans, snatches, deadlifts, barbell bent over rows, and curls.  He rarely rotated exercises and did anything else.  He stuck with the basic: adding more weight to the bar, only eating food that he needed without overfeeding himself, plus plenty of rest.  He believed that the military press was the best triceps exercise.

Modern Era
In the old days, pre-steroids era, all bodybuilders were complete strength athlete just like the crossfit athletes of today.  But John Grimek was simply the best!

There is no more John Grimek around today, and I don't think you will see one in the future.   Since everybody specialize in ONE SPORT ONLY - bodybuilding, Olympic lifting, powerlifting, strongman contests.

Gone are the days were a single man could pretends to be the World's Strongest Man and the Most Perfectly Developed Man in the World.


My two cents
So to all the men and women out there lifting stop depending on useless junk supplements and trying to emulate juiced-up bodybuilders with roid guts.  Instead take John Grimek as your role model.  No supplements needed!  Just heavy training, sufficient eating, and plenty of rest.

Is CrossFit a Strength Sport?