Skip to content
Posted inUncategorized
Posted by By PYGOD November 3, 2012No Comments As you can see below, the early WSM competitions were rich in the diversity and quality of the strength athletes presents.  By the way, it was originally and appropriately names “The World’s Strongest Men”.  Just like in the first UFC, all the competitors came from different disciplines – Olympic lifting, powerlifting, bodybuilding, football, track & field, wrestling, etc.  Each athletes were out of their confort zone competing in those tortuous and unusual event.  Nowaday, all WSM competitors are strongman competitors who trains specifically for the same predictable events coming back years after years.  Anyway, for the 1977 first edition of “The World’s Strongest Men”, the choice of the athletes was excellent.

P.S. (All the lifts in each competitor ‘s pedigree and all the contest events were performed RAW, without endless knee straps, multi ply shirts and suits and other silly powerlifting cheating devices.  All competitors ‘ here only weared a simple singlet, a light lifting belt, and running shoes.  You will see occasional knees and a rare elbow sleeve but nothing more than this.  The only faux pas I’ve seen there were leather gloves and towel around the squat bar?!?  But I’d rather see that than seeing Frankenstein-like powerlifters who can barely move cause they wears armor-like suits and shirts.). 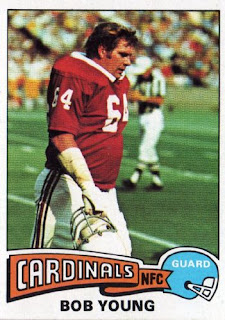 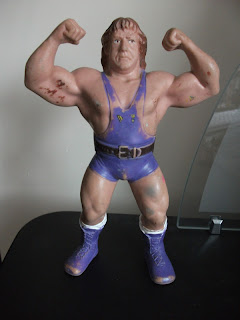 Set 84 National or higher level records…  3rd in the 1968 NCAA track meet(shot put)…  4 times US National Weightlifting Champion (1969-1972)… 1971 World Weightlifting Championship Silver medal (just behind Vassily Alexeiv)…  4 Gold Medals at the 1971 Pan Am games…  Competed at the 1972 Olympic Games in Munich…  He was the first American to clean and jerk over 500 pounds and the first American to clean and press 500 pounds. 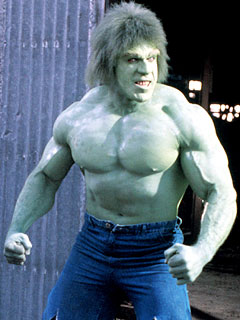 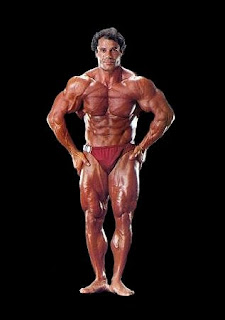 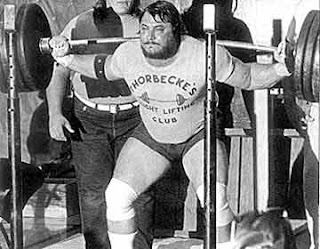 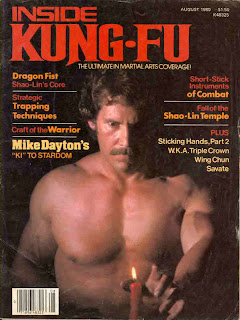 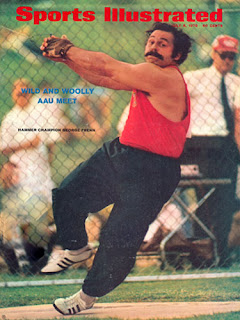 George Frenn, born in San Fernando, California, 1941, took up the hammer throw toward the end of high school in 1959 and continued through 1978. In the 242-lb powerlifting division, he squatted 855 and had a 540 bench and 815 deadlift. An elite thrower of the 35-lb weight, an Olympic hammer thrower, and holder of a world record in the 56-lb.

Now let’s examine the choice of the events.  As you may know if you follow my thoughts via this blog/website.  I’m very critical about the usual choice of strength events to determine who is truly the strongest on the planet.  I truly think that strongman contests should be limited to true test of strength excluding anything that require agility and cardio vascular fitness.  No more meli-melo, multiple repetitions, and pointless running with weight. I just don’t give a damn about knowing who is the best strength athlete.  I only want to know who is the STRONGEST S.O.B. on the planet!!!  My question to evaluate a strongman lift or event is: What would Louis Cyr do?  If my answer is that Louis Cyr wouldn’t perform in the event in question.  My verdict is simply that the events is pointless.  I’m a firm believer in the Arnold Classic Strongman Competition rules – 30 seconds time limits for a distance of 40-feet length maximum for all walking events (ex. Timber Carry).

With that in mind, I will analyze each events of the very first WSM competition.

The Barrel Lift– filled with water and led shot – is an excellent events choice BUT…  The strict clean and press rule is pointless.  Lifting a big, ankward, movable object at arms ‘ length overhead is hard enough that you don’t need to prohibed knee jerk and snatch.  Just lift the fuckin’ barrel anyway you want overhead and lock your arms.  That’s good enough for me!!

The Wrist Roller:  Very interesting events, but in my view the weight wasn’t heavy enough.

The Wheelbarrow Race: Pointless 40 yards race.  Too long and not heavy enough.

The Tyre Toss:  Somewhat interesting, but require too much technical skills.

The Tram Pull: Pointless and somewhat technical too.  No matter your strength level, it’s very hard to walk with a fuckin’ car or bus attached behing you.

Deadlift gasping a car bumper.  The Deadlift is a classic and necessary test of strength in any strongman competition.  Deadlifting a car by the bumper with your feet elevated on a small platform so you grab the bumper at your ankle level, the lower level possible must be horribly hard.  Great level of difficulty, 100% true and authentic test of brute strength, but the judging seems to be weird.

The Girls Squat Lift.  Just as the Deadlift above, Squat is an essential test of strength.  However, the squat was only performed on a very short distance.  It should have been performed deeper and at a measured exact same distance for each competitors.

Fridge Race:  Spectacular, but I’m against all kind of race in a strongman competition.  And it can be crippling, just see what happened to Franco Columbu.

Tug-of-War: A classic and spectacular test of strength between two behemoths.  A must for a strongman competition.  Sumo wrestling was a pointless event but Tug-of-War fits the bill.

My final note.  The Barrel Lift, the Steel Bar Bending, the Wrist Roller, the Deadlift, the Squat Lift, the Tug-of-War, and maybe the Tire Toss pass the test in super strongman event.  But all kind of race and static holds are pointless in a super strongman event.  So forget about the Wheelbarrow race, the Tram pull, and the Fridge race.  In that kind of event, the fittest strongman will get the edge over the strongest man.

With seven pertinent events on ten, and with the excellence and the diversity of the competitors.  1977 CBS Sports The World’s Strongest Men pass the test.  Anyway, just like the Ultimate Fighting Championship 1, WSM 1 is a memorable and historical event that will forever be painted on my heart. 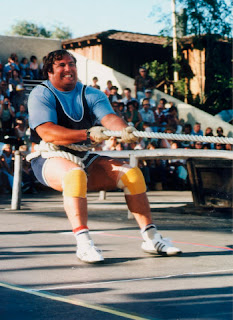 Bruce Wilhelm winning prize has been held-up since he was still a competing amateur Olympic athlete at the time of the contest.  And amateur athlete, by definition, aren’t supposed to compete for money in sports.  So he only gets his money at the end of his amateur sport career.